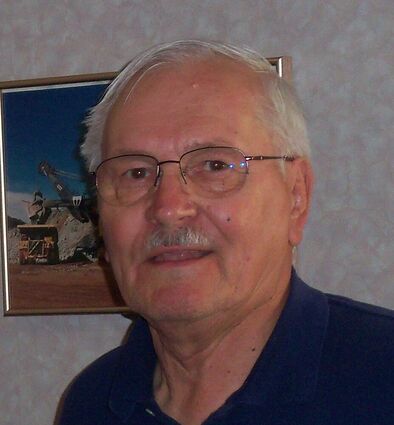 Dennis was born on July 10, 1935, in Wakefield, Michigan, to Walfred and Lyme (Brompsi) Mattson. He graduated in 1953 from Wakefield High School. After graduation, Dennis worked at the Plymouth Mine in Wakefield. In 1954, during the end of the Korean War, he enlisted in the U.S. Air Force. Dennis proudly served four years as the crew chief on B-26 Bombers, until his honorable discharge in 1958. After his discharge, he went to work as a mechanic at the White Pine Copper Mine until 1966.

In 1966, Dennis married Judy Erickson, and he took a mechanic's position with Cleveland Cliffs Iron Company at the Brownstone Shops in Ishpeming. He retired in 1996 after 30 years.

For 46 years, Dennis belonged to both the Ishpeming American Legion Post 114 and the Elks Lodge 447. He was a member of the Bethel Lutheran Church in Ishpeming.

Dennis loved to read and to cook at the Five Finns Camp for numerous years. In his earlier years, he enjoyed deer and partridge hunting along with brook trout and walleye fishing. He also liked to turkey hunt and go four-wheeling. Dennis enjoyed watching his children and grandchildren (who lived locally) participate in their sports and school activities, even sometimes traveling great distances.

A memorial service will be held on Sunday, Oct. 9, at 3 p.m., preceded by visitation at 2 p.m., and the honor guard beginning at 2:15 p.m., at All Saints Lutheran Church in Wakefield, with the Rev. Lauri Maki officiating.

Following the service, military rites will be accorded by the Wakefield American Legion Geroux Post 11 and the Wakefield Veterans of Foreign Wars Post 9084 Honor Guard.

Following the military honors, a meal will be provided in the fellowship hall along with the opportunity to share memories of Dennis.

All arrangements were made by Jerald Rocco, owner and manager of the Lakeside Memorial Chapel Inc., in Wakefield.