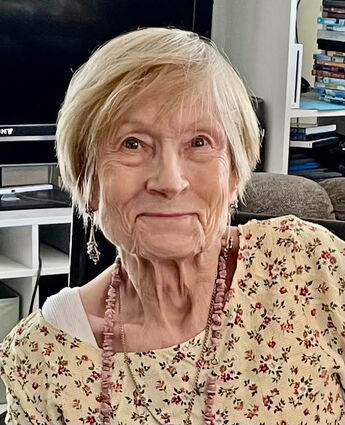 GARDEN CITY, Mich. - It is with great sadness that family lets people know of the passing of Karen Sue (Heikkinen) Kleimola. She died at home in Garden City on Sept. 17, 2022, at the age of 83.

Karen was the daughter of John and Mayme (Harju) Heikkinen from Ramsay. She graduated from Bessemer High School and later earned her nursing degree at the University of Michigan. She worked at U of M hospital for 10 years, at St. Joseph Mercy Hospital in Ypsilanti for 10 years, and then 10 years at Grandview Hospital in Ironwood. As a registered nurse she spent her career caring for many people, in many departments, over the years, including with brain injured patients and in obstetrics, where she was blessed with the chance to help deliver her grandson, Bobby. She retired in 2004 and stayed in Ramsay, actively serving Cornerstone Church and acting as the church's camp nurse for a number of summers.

Her beautiful garden was her joy, but she and her husband, Donald, agreed to leave Ramsay and move down to the lower peninsula in 2019 so their daughters, Jean (Karen) and Lorraine (Donald), could care for them. She and Donald were married 31 years.

She is preceded in death by her daughter, Karen Sue Sherbrook; sister-in-law, Linda (John); sons-in-law, Ken Sherbrook and Robert Robinette; stepson, John Kleimola; stepson-in-law, Daniel Baird; stepgranddaughter Sharon; and many other loved ones.

Karen was a faith-filled child of God, and she shared his wisdom and love with all who would listen. She has certainly been welcomed in Heaven and is at last with her Savior, Jesus Christ, forever. She was dearly loved and will be dearly missed.