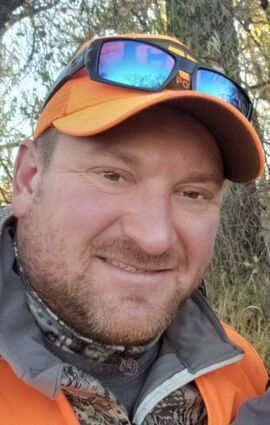 Michael was born in Ashland, Wisconsin, on Aug. 19, 1988, to Jeffrey and Debra Wasley of Ironwood, Michigan. He went to Newport and Norrie Elementary Schools and was a graduate of Luther L. Wright High School with the class of 2007, where he was a standout athlete. He attended Vermilion College in Ely, Minnesota, where he played football and was selected as a first team all-conference player. He then transferred to Central Lakes Community College in Brainerd, Minnesota, where he received a degree in diesel mechanics, which was his passion.

Upon graduation, he accepted a job with Peabody Energy at the North Rochelle Antelope Mine, the largest coal mine in the world, and relocated to Gillette, Wyoming, where he met his ex-wife, Tara (Hendrickson) Turpin. While working out at a fitness center, he saw a cute blonde wearing an Ironwood Red Devil T-shirt and had to strike up a conversation. They later married and welcomed a son, Blayden, on July 28, 2011.

He also worked for John Deere as a field service technician. In 2014, they relocated to Billings, to be closer to family and to fulfill Mike's goal of working for Caterpillar. He was a field service technician for Caterpillar up until his death, where he made an impact on many of his Caterpillar family and was known as "Big Mike" and "Waz Dog." His coworkers described him as a very hard worker who was extremely knowledgeable and the most genuine guy they knew.

While growing up, Mike played soccer, Little League baseball and Polar Bear hockey, where he made many lifelong friends. In high school, he was a proud Ironwood Red Devil, where he excelled in baseball, track and football. He was an avid hunter and fisherman, and enjoyed four wheeling, snowmobiling, weight lifting and spending time at the camp with his dad and best buddy, Kyle Cisewski. He was a lifelong Detroit Lions and Michigan football fan, along with supporting the Colorado Avalanche.

While living in Montana, he met his fiancee, Shelby Green, who shared the love of hunting and fishing. Shelby's family had a cabin at Fort Peck, where he enjoyed spending time with her and fishing with her father, Larry. He had a deep passion for fishing, elk hunting, mule deer and white tail hunting, and enjoyed riding his Harley motorcycle. Along with Fort Peck, his favorite place to visit was his family lake house in Michigan on Lake Gogebic. He also loved numerous fishing trips to Devils Lake, North Dakota, where he made memories with his father.

His fiancee and close friends held a celebration of life in honor of Mike in Billings, where his family was overwhelmed with love and support from his large circle of friends and coworkers.

Visitation will be held on Saturday, Oct. 15, from 10 to 11 a.m., in the St. Joseph Family Room at Our Lady of Peace Catholic Church, 108 S. Marquette St., in Ironwood. A Mass of Christian Burial will be celebrated at 11 a.m.

Rite of Committal and interment will take place at the Riverside Cemetery, Ironwood, at a later date.

Mike was a big man with an even bigger heart. He often made his friends laugh saying "OK bud." He will be dearly missed among those that knew him. Rest in peace Mike, we love and miss you.