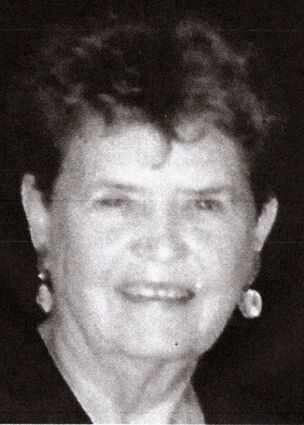 HURLEY, Wis. - Phyllis Margaret Perry, 94, of Hurley, died peacefully at home on Tuesday, Oct. 11, 2022, with her family by her side. She, one of four children, was born on Jan. 12, 1928, in Plum City, to Fred and Clara Zeilinger and joined a great generation. Her parents owned and ran a farm and the children rode the family horse to the local school. Phyllis graduated from high school with secretarial skills.

After high school, during the Big Band Era she was employed as a secretary for Parker Pen Company in Janesville. At that time, Phyllis enjoyed dancing in Lake Delavan and developed lifetime friendships with three other girls. It was also there that she met her future husband, World War II veteran James D. Perry. They married in 1949 in Lake Geneva.

During their lives, Phyllis and Jim raised six children while relocating 15 different times throughout the Midwest in order to pursue Jim's desire to earn a PhD. In 1967, they landed in Ironwood, Michigan, in hopes of developing the Gogebic Community College campus. Over the years, Phyllis worked as a salesperson for the Marshall Fields Corporation and as a secretary at the University of Iowa. Eventually Phyllis and Jim retired and built a home on the shores of Lake Gogebic.

Phyllis was a skilled seamstress and an avid bridge player. She enjoyed camping with her family in the national parks as well as in the campgrounds of Michigan and Wisconsin. She also enjoyed travel to Hawaii, Ireland and the Caribbean.

She was preceded in death by her husband, James.

Phyllis will be greatly missed by her family and friends.

A memorial service will be held on Saturday, Oct. 22, at 11 a.m., at the Lakeside Memorial Chapel, 806 Putnam St., in Wakefield, Michigan, with Dr. Jack Fashbaugh officiating.

The family would like to send a heartfelt thank you to the Regional Hospice Services.