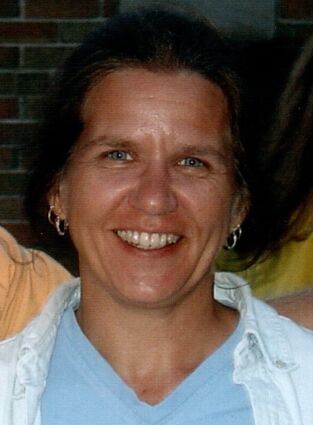 Janet was born on April 18, 1961, in Chicago, a daughter to John and Janet Chadderdon. Janet attended Nettelhorst Elementary School and graduated from Lake View High School in Chicago. Janet was a good student with above average grades and she excelled in mathematics and bookkeeping.

At the age of 16, Janet landed her first job in the banking sector. She would go on to spend most of her career in the field of banking concluding with Bank of America in fixed assets.

Janet was raised with five sisters and three adopted male cousins. She was the third eldest girl.

She was the loving mother of Billy Joe Ruhlow and Stephen Rummel-Chadderdon.

Janet met her future husband, Warren Even Jr., in Franklin Park, Illinois, when Warren was coaching Stephen in Youth League Baseball. They married on May 5, 2005, and lived in Schiller Park, Illinois.

They fell in love with the Upper Peninsula and purchased property in Ironwood, where they built their dream home.

Many years later, after her banking career, Janet was employed by the Elk & Hound Restaurant. The restaurant family would become a very big part of Janet’s life as she came to know and befriend many of the staff and customers. Janet formed special friendships with Chris Lahti, Kathy Jo Koval and Patty Foley.

Janet had a beautiful gift; she knew how to make people aware that they are loved and valued.

She was preceded in death by her father, John Chadderdon; her aunt, Harriett Kurtz; and her uncle, Mel Tennyson.

Visitation will be on Saturday, Nov. 12, from 10 to 11 a.m., in the St. Joseph Family Room at Our Lady of Peace Catholic Church, 108 S. Marquette St., in Ironwood. A Mass of Christian Burial will be celebrated at 11 a.m., with the Rev. Ben Rivard, celebrant.

A luncheon will be served at the Elk & Hound following the Mass.

The family would like to express a very special thank you to Essentia Health-St. Mary’s Medical Center in Duluth, Minnesota, Aspirus At Home-Ironwood Hospice and Father Ben for performing Janet’s last rites.

In lieu of flowers, memorial contributions may be made in Janet’s memory to the St. Vincent De Paul Food Pantry, 108 S. Marquette St., Ironwood, MI 49938.