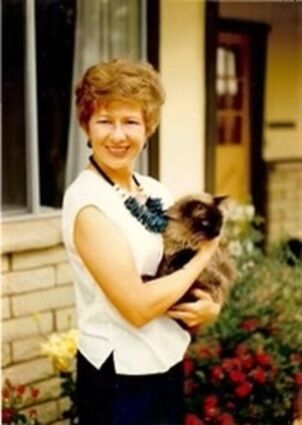 She was born May 22, 1947, in Ironwood, Michigan, and was predeceased by parents, Ann and Stanley Dragosh; stepfather, John Yonkosky; and sister, Ruth Bianchi (Raymond Bianchi).

Reena grew up on a farm in Erwin Township riding her "horse", a cow named Annabelle. In her determination to go into the medical profession, she left home early to attend Michigan State University, earning a master's degree in animal husbandry. At the time of leaving home she had $50 and a bus ticket to the university. She worked her way through undergrad, graduate and doctoral studies, riding her bicycle around campus until she was able to afford a used car. Her brilliant mind and dedication was obvious to those who knew her. Instead of pursuing veterinary school, she entered medical school and eventually finished a five-year surgical residency, becoming a board certified general surgeon. She spent many years relocating to different cities while working for the federal government as a physician, serving diverse populations where needed. She spent a year with the Indian Health Service, at Crow Agency, Montana, as staff physician.

Her 42-year love affair with husband, Bob, began as she was a fourth-year surgical resident, he a surgical ICU nurse at USPHS hospital, in San Francisco, California. Her pursuits led her and her husband to settle in Georgia, by way of Idaho and Arizona on a small horse farm, where she owned several horses and excelled in dressage and marathon carriage driving. She was known to bring home abandoned animals anytime the need arose, whether they were left in a parking lot or found during her travels. There were never too many to take in, care for and love. She rescued numerous feral cats over the years, had them neutered, vaccinated and re-homed. Those that couldn't be re-homed frequently ended up permanently with them.

As her career progressed, she also became board certified in emergency medicine, hyperbaric medicine and wound care. Her wound care practice created quite a reputation and drew patients even from out of state. She was one to have boundless energy, creating wonderful meals after a long shift at work. She started and ended her day in the barn; caring for her many animals. She was much more attracted to "horse and barn work " rather than house work and usually was in the barn working even before morning coffee. She was a speed reader and often would bring home five books at one time from the library. With her surgical skills, she could sew up an injured duck as well as sew up torn horse blankets.

Not only did she have a brilliant medical mind, she also was an artistic person. In later years she enjoyed painting with pastels and watercolors. Her family was accustomed to her art being displayed on Christmas cards. Her favorites were those she painted of her animals. She will be greatly missed by those that knew and loved her.

In lieu of flowers, please donate to Reena's favorites: Nature Conservancy, ASPCA and Defenders of Wildlife.