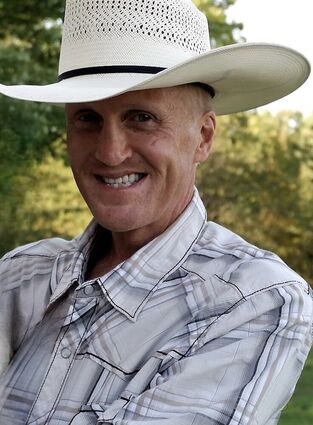 IRONWOOD, Mich. - Nathan Wayne Mattila passed from this earth, at the age of 55, to be with his dear Father in heaven for eternity on Tuesday, Nov. 22, 2022. He was blessed to be at home with his cherished wife and children by his side in his final moments. He was an inspiration to many, as his love for his Lord and Savior Jesus Christ shone brightly in his day to day life.

Nate was born Oct. 3, 1967, in Vancouver, Washington, the fifth child of Robert and Sandra Mattila. He grew up in Brush Prairie, Washington, working on his parents' berry farm. He started a new occupation of construction when he moved to New Hampshire at the age of 17. He became self-employed at a young age, doing residential construction.

Nate met the love of his life, Kristy Kinnunen, in the summer of 1988. They married on Aug. 19, 1989, and started their life together in Vancouver. In 1992, Nate with Kristy and their first two children, made their move to a new life in Ironwood. There they welcomed six more children. Being a father was one of his greatest joys and his kids never doubted his love for them. He continued his career as owner of Hiland Construction, and enjoyed teaching his sons his trade as they worked alongside him.

Nate was a lifelong member of the Apostolic Lutheran Church. He served his local congregation in Ironwood as a board member for many years.

At 46 years of age, Nate started a long battle with Medullary thyroid cancer, being diagnosed in November of 2013. He battled cancer naturally for nine years with extraordinary determination and strength, which could have only come from God.

With the diagnosis of terminal cancer, it became increasingly important to him to live out his days to the fullest. He had a strong determination to show others the love of Christ. He lived by example with his gentle kindness and joyful spirit whether it be in work or play. He enjoyed vacationing with his wife, hunting, fishing and playing board games. He found great joy in visiting with friends and family. Nate loved his grandkids and was known to always have a baby in his arms.

He was preceded in death by sibling, Mark, Mark's wife, Marge, and four of their children, Max, Katie, Marcy and Adam; and his niece, Whitney Pajari.

Nate will be greatly missed by all who knew him.

The family would like to give special thanks to the Regional Hospice staff, who assisted in the past many months of his life. Everyone who visited, helped in any way, called, and showed their love added exponentially to Nathan's life. He was a people person and enjoyed all fellowship. They all made this hardship so much easier to bear.

A funeral service will be held on Sunday, Nov. 27, at 5 p.m., preceded by visitation at 2 p.m., at the Apostolic Lutheran Church, 326 W. Aurora St., in Ironwood, with the Rev. Alan Estola officiating.

There will be a luncheon following the service.

A committal service and interment will take place at Sunset Acres Cemetery in Ironwood Township, in the spring.