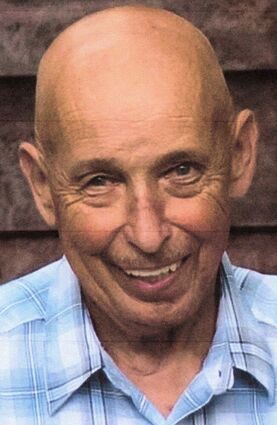 WAKEFIELD, Mich. - Mark William Whitley, 70, of Wakefield, passed away of pneumonia with his family around him, on Friday, Dec. 2, 2022, at the Aspirus Ironwood Hospital, after many years of fighting and defeating multiple cancers.

Mark was born on March 26, 1952, in Wakefield, a son of Marco and June (Kangas) Whitley. He graduated from Marenisco High School, class of 1970.

Mark married his partner in life, Betsy Gilbertson, on May 15, 1971, and celebrated 51 years of marriage in May of this year. Together they welcomed two sons, Mark and TJ, to complete their family.

He was a dedicated husband and loving father and grandpa to his cherished granddaughters.

He proudly served as a Gogebic County sheriff's deputy for almost 30 years in law enforcement service before he retired. Mark was a member of multiple organizations over the years and was a great contributor to the area he was born, raised and chose to live his entire life.

He enjoyed hunting, fishing, side-by-siding, cutting firewood, woodworking, camping and "putzin" around in the basement.

Special recognition to Stacie Whitley for using her gifted talents to create Mark's final resting vessel. Also, to family friends, Anita and Bruce Carter and Cheryl and Dick Bouvette, who dog-sat Mugsy during many of Mark's out of town cancer treatments.

Jerald Rocco, owner and manager of Lakeside Memorial Chapel Inc., in Wakefield, is assisting the family. To send online condolences or to share a memory please go to lakesidememorialchapel.com.