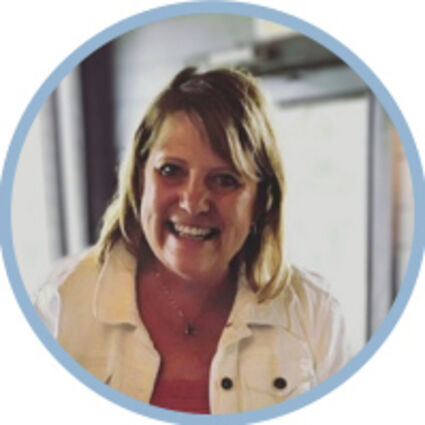 Lori was born on May 27, 1960, in Wakefield. She was the third of four children and only girl born to Gloria Mae Kuster (Nystrom) and Vaughn David Kuster.

Lori was preceded in death by her father, Vaughn Kuster; mother Gloria Kuster; and brother, Terry Kuster. She is survived by brothers, David Kuster and Tim (Lori) Kuster; her husband, Edward Struwe; son, Erik (Christina) Knivila; daughter, Kelsi Knivila; stepdaughter, Karen Roberts; step-granddaughter, Tiffany (Mitch) Miller, and their children, Mason and Emelia. She is further survived by her six grandchildren whom she doted on constantly: Aria, Tatum and Isla Lambert, as well as Edward, August and Luciana Knivila.

Lori graduated from A.D. Johnston High School in Bessemer in 1978. She went on to achieve a Bachelor of Science degree in education from the University of Michigan in 1982. She returned to the area to begin her career as a teacher with Gogebic County Community Schools in 1985. In 1999, she became the coordinator for both the Alternative High School and Adult Education Program for the Ironwood Area School District.

Lori will be greatly missed by her family and close friends. "Sis" as her father affectionately called her was a woman who did not believe in idle hands, she was always hard at work for herself and especially others - always one to lend support to her students, friends and family, particularly in the most difficult of times. She would go out of her way to lend a helping hand right up to the end of her beautiful life.

She had a passion for literature and learning - a passion that she helped instill in her grandchildren. Following retirement, those kids became her life. "Gamma Lori" was the best; always looking for fun events and activities with which to build her bond with her grandchildren.

She also enjoyed her girls' trips that allowed her to let down her hair a bit, relax and share many laughs.

Upon her request, cremation has taken place. An intimate memorial service will be held for family and close friends in Ironwood at a date to be determined.