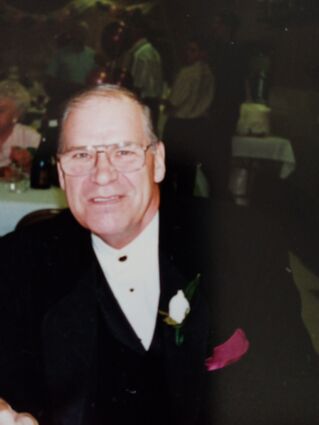 Curt was born the son of Harold and Alice (Carlson) Udd on March 15, 1935, in Dollar Bay. He was united in marriage with Carol Marie Supercynski; together they had two sons; Dennis and Stephen before Carol preceded him in death. Curt was then united in marriage with Shirley Hendrickson on April 13, 1963, in Kenosha, Wisconsin, and together they had two sons; Scott and Jeffrey.

Curt was employed at National Tea in Ironwood, Kimberly Clarke in Marenisco, Penokee Mine, Young Radiator Co. in Racine, and then construction for various companies. He loved to go fishing out on Lake Superior, he enjoyed playing guitar, and used to play hockey for the Ironwood Jets in the 1950s, scoring two "hat tricks" in one game.

Visitation for Curt will be held on Monday, Jan. 16, from 10 a.m. to 11 a.m. at Our Redeemer Lutheran Church in Ramsay. The funeral service will follow at church at 11 a.m. with Rev. Timothy Steckling officiating. Burial will take place at Hillcrest Cemetery in Bessemer in the spring.

The family has chosen Frick-Zielinski Funeral Home in Bessemer to honor Curt's legacy of life. To make an online condolence or for more information visit rangefuneralservices.com.