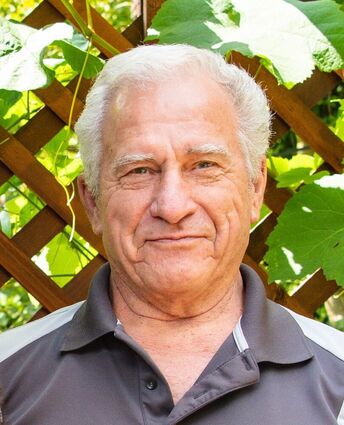 BAY OF PIGS, Cuba - Leon Joseph Draxler passed away Tuesday, Nov. 8, 2022, while on vacation at the Bay of Pigs, Cuba, with friends.

Leon was born on April 21, 1942, the third of seven children surviving to adulthood of Casper and Mary Draxler, in Connerville, Michigan, a small company town outside the Connor Lumber company in the Upper Peninsula of Michigan. He grew up in nearby Wakefield, enjoying the small-town life as a youth.

He attended minor seminary at St. Nazianz in southern Wisconsin and then the St. Paul Seminary in St. Paul, Minnesota, while discerning if he was called to the priesthood. In 1968, he enrolled at Michigan Tech University in Houghton, Michigan, graduating with a degree in mathematics focusing on computers.

Leon always loved the rugged outdoors. He once went canoeing with his brother, Dan, in the Presque Isle River that flows into Lake Superior. Their canoe hit unmarked rapids, capsized and was destroyed. Leon broke his ankle against the rocks and Dan had to walk 15 miles in the dark to get help.

Leon moved to Minneapolis where he worked at Honeywell for a few years, before moving to Seattle in the mid-70s to be closer to his beloved mountains. During this time, he built a sailboat and planned to sail it from Seattle to San Francisco, until deciding that may have been somewhat dangerous even for him. Leon was an avid mountain climber in his youth, reaching the summit of many of the highest peaks in North America.

He enjoyed all outdoor sports including running, canoeing and skydiving. In his 60s he successfully did the Grand Slam of Ultra-running: completing four of the hardest 100-mile runs in one year. He was a three-time finisher of the world's toughest foot race, the Badwater 135, in 2000-2002, and then worked on the Badwater race staff ever year after.

Once he retired from Boeing, he split his time between his Lake Tapps residence near Seattle and Honolulu, Hawaii. Leon was always concerned for honest, just actions, treating all well and had a big smile for all. He was especially generous with both his money and time, helping friends and relatives in need, generally anonymously.

He was preceded in death by his father and mother; sister, Nancy Draxler; and brother, Bernard Draxler. He is survived by sister, Audrey (Draxler) Orgun; and brothers, Richard, Dan and Jim Draxler.

A Requiem Mass for Leon will be held at North American Martyrs Catholic Church in Edmonds, Washington, on Dec. 15, 2022, with interment at Holyrood Cemetery in nearby Shoreline, Washington, afterwards.