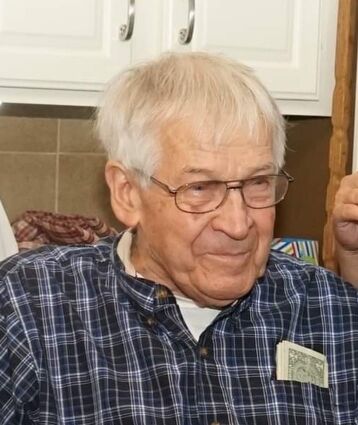 BRIGHTON, Mich. - Donald Kleimola, 87, of Brighton, formerly of Ironwood and Ramsay, entered into eternity with his Lord and Savior on Jan. 8, 2023. He was son of Jacob Kleimola and Helga (Toolanen) Sikkila. He attended Roosevelt and Luther L. Wright schools in Ironwood. He attended night school and earned his high school diploma in 1975, along with his niece, Terrylynn Aldridg.

He married Frances (nee Basta) Kleimola in 1958 and they had three children. They divorced in 1963 and he became a single father to Catherine, John and Lorraine Kleimola. He married Karen Heikkinen on April 26, 1991, and she preceded him in death on Sept. 17, 2022.

He worked in tool & die in the Detroit area and moved his family to Ironwood in 1968. He worked various jobs in Ironwood, the longest and most enjoyable was driving a taxi for Twin City Cab back in the 70s. He was a very social person and enjoyed the connection with people from all walks of life. After retirement, he and Karen were very active in their church, Cornerstone Church in Ramsay. They ran the SOS resale store for the church and then the food pantry. He was a deacon for over 10 years.

Besides Karen, he was preceded in death by his parents; by daughter, Catherine, in 1975; son, John on Jan. 17, 2014; son-in-law, Daniel Baird on Dec. 23, 2013; twin grandchildren, Carolyn and Michael in 1988; by his brother, Ray Kleimola; sisters, Vickie Weber and Elaine Leinonen; and brother, Wayne Sikkila.

He is survived by daughter, Lorraine "Lorri" Baird; stepdaughter, Jean (Howard) Ward; grandchildren: Alyssia (Jeremy) Culp and their children, Lindsay, Jace and Dylan; Keith Baird; Danielle Jo Kleimola and her mother Kathy Jo Ganga, and Danielle's brothers Mark Ganga and his daughter, Lily, Matt Ganga and Joey Ganga; and stepgrandson, Bobby (Alison) Robinette and their children, Emilia and Josephine. Also surviving are many nieces, nephews, great-nieces and great-nephews, as well as many friends through the church.

He was sociable and very quick witted. He was always positive and just a joy to be around. He had a talent for writing and often sent letters to the editor of the Ironwood Globe. He will be greatly missed for his quick wit, calm reassuring presence and his steadfast faith.

We would like to thank Kelly for her compassion and care over the past couple of years.