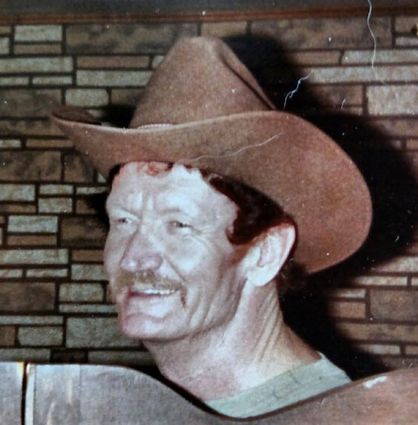 Born June 6, 1923, in Nestoria, Mich., a small U.P. railway village, to his father, John Nurmi, a railroad worker and mother, Maria, he was the youngest of nine children. After his father's death in 1929, the family moved to Ironwood's Norrie Location, where Otto would continue to live for most of his life. The name "Otto" came from his first grade teacher who couldn't pronounce his middle name. He graduated from Ironwood's Luther L. Wright High School class of 1941.

After high school, he worked in Detroit, making engines for airplanes at the Packard Automotive Company, the lumber mills in the Ironwood area, the Ironwood Daily Globe and finally the White Pine Copper Mine.

He married Lila Elizabeth Makinen in 1955 and they had three children. After becoming disabled in a bus accident in 1971, he was unable to work, so he spent his time working on creative and ingenious projects around the home. He built his own tools to create a unique home, an automated carpet loom, "Ottomation," and many other projects/machines. He also enjoyed flower and vegetable gardening during the short growing season, as well as during the winter months, harvesting from seeds. Otto always had an inquisitive mind and a quest for knowledge, including going back to school in his 80s to learn about computers. He enjoyed Green Bay Packer football and spending time with his extended family. A recent move to Wauwatosa to live with their daughter's family was shortly followed by failing health. In the loving care of the Lutheran Home of Wauwatosa, Otto lived his last two years with daily visits by his wife and daughter.

He is survived by his wife, Lila; daughter, Debra (Scott) Tarkowski, and their two sons, Theodore Tarkowski and Phillip (Toni) Tarkowski; sons Jeffery (Cynthia) Nurmi, and their four children, Benjamin, Mialiisa, Anneli and Margaret, and Gregory (Deborah) Nurmi, and their two sons, Seth and Griffin; 10 nieces and nephews from two of his siblings; as well as relatives from his wife's side, including Marge Makinen, from Ironwood, and Milton (Emmie) Barach, of Detroit, and all of their children.

All of his immediate family were available shortly after his passing for a time of dedication and remembrance. Per his instructions, no formal funeral services will be scheduled.

In the spirit of furthering his desire to enhance medical research, his final wish was to have his body donated to the University of Wisconsin Medical School. Afterward, cremation is scheduled, and his ashes will be returned to the family.