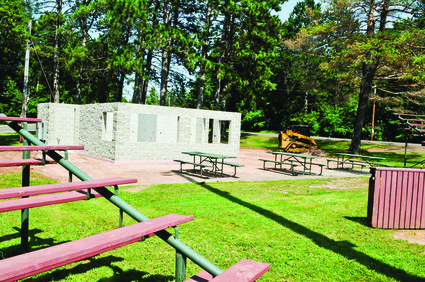 THE EIGHTH annual Danny B Suicide Awareness Jack and Jill softball tournament is set for Aug. 26-27 at Gotta's Field in Gile, where a new concession/announcer stand is being built. Neil Gilbertson, owner of the field, has been using donations from the Danny B tournament to make Gotta's "one of the best ballfields around," according to tournament director Bryan Sokolowski.

GILE, Wis. - The eighth annual Danny B Suicide Awareness Jack and Jill Softball tournament is slated for Aug. 25-26 at Gotta's field in Gile.

The tournament originated as a tribute to the memory of Danny Baross, who lost his battle with depression and committed suicide in 2009.

This year the tournament committee expects to top the $20,000 total that they have raised for Range Suicide Prevention Council over the past seven years of holding the Danny B.