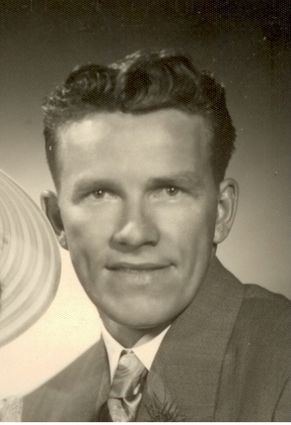 Waino was born during a snowstorm on Feb. 24, 1922, at the family farmhouse in Kimball, Wis., the oldest son of Gust and Olga (Lehtola) Salli. He was the third of nine siblings to Finnish immigrants. After Waino completed the ninth grade, he decided to work with his dad at logging camps.

Waino proudly served his country in the U.S. Army during World War II. After basic training in Spartanburg, S.C., he was assigned to the 80th Division, 319th Infantry Regiment. Waino was under the direction of Gen. George Patton at the Battle of the Bulge. Moving forward into Germany, he was wounded in his lower leg. Waino was honorably discharged as a private first class on Oct. 25, 1945. He received the EAME Ribbon with two stars and was the recipient of the Purple Heart.

Waino returned to the family farm in Kimball, where he continued to help his parents with farm work.

In 1950, Waino met the love of his life, Delores Elsie Hill, at the Silver Dome dance hall in Ramsay. They were married on June 23, 1951, and made their home in Hurley, Wis.

Waino worked as a driller/blaster at the Montreal Mine for 10 years. When the mine closed, the family moved to Kenosha, Wis., for two-and-a-half years. He was employed at American Motors.

In 1964, Waino was called by White Pine Copper Company to come back to the Upper Peninsula and work for them. The family moved to Ramsay. Again, he worked as a driller/blaster and retired in 1984. After living in Ramsay for seven years, Waino and Elsie moved to the family farm in Kimball to care for his dad. In 1980, they relocated to Wakefield Township.

Waino and Elsie enjoyed polka dancing, gardening, picnics and playing cards with family and friends, especially Smear and a Finnish card game, Koira. Waino loved to sing to his beloved wife every night before bedtime, "Have I Told You Lately That I Love You?" and "You Are My Sunshine."

He was preceded in death by his parents; his loving wife of 66 years, Elsie, on June 27, 2017; a son, David, in 1956; his son-in-law, Lt. Col. Jack M. Chiapuzio, in 1992; four brothers, Oiva, Tarmo, Arne and Urho; four sisters and three brothers-in-law, Ruth Salli, Vieno and Tauno Sivula, Rauha and Verner Ylitalo and Fannie and Robert Wehmas; his sister-in-law, Dorothy (Sheldon) Sordahl; and two brothers-in-law, Donald (Marlene) Hill and Richard Kuula.

A memorial service will be held at the church at 11 a.m., with the Rev. Bill Jacobson officiating.

Following the service, military rites will take place at the church under the auspices of Wakefield American Legion Post 11 and Wakefield VFW Post 9084 Honor Guard, assisted by the U.P. Funeral Honors Team. 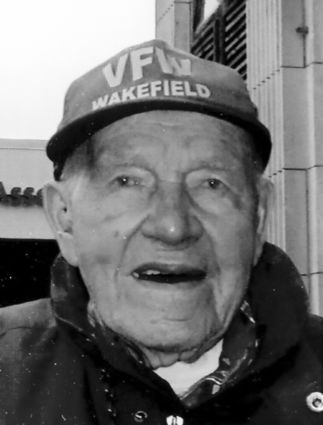 A committal service and interment will take place at Riverside Cemetery, Ironwood, in the spring.

The family would like to extend their gratitude to the staff at the Gogebic Medical Care Facility in Wakefield, who provided comfort and loving care to Waino. The staff and residents will always hold a very special place in their hearts.