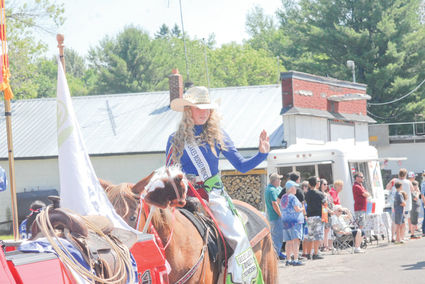 GREENLAND TOWNSHIP - Residents from Greenland and surrounding communities gathered at Stenson Park on Saturday to celebrate the independence of America.

Greenland's Forth of July committee coordinators, Sue Turin and Trisha Mcintyre, organized the event so anybody can participate.

"It's open to everybody," Turin said. "It's not just a community event."

The festivities started with a walk, roll or run followed by cornhole tournament and a kickball game which had eight teams vying for the top trophy.