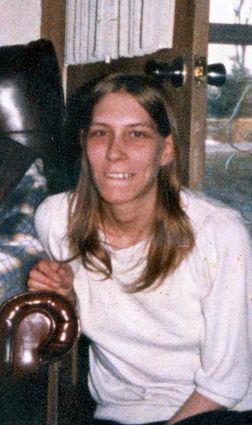 HURLEY, Wis. - Glyness L. (Braun) Laguna, 54, went to be with God after a courageous battle with C.O.P.D. and cancer. Glyness was born to Maurice and Rosella in St. Paul. Minn. After the death of her father, Rosella moved her family to Hurley. Glyness attended schools in Hurley and Ironwood.

Her love for her grandchildren was locked in her heart. Glyness enjoyed going to her sister's farm every summer with her children. She loved her dogs, Cuddles, Simba, Walker and Thor; also her cat, Spunky.

She loved watching her deer in the back yard and loved all animals.

Glyness enjoyed the little things, she loved to feed her neighbor Jeff and visit with Alice. Her neighbors Stan and Josh were an enjoyment to her. Her coffee with Diane Wierzbecki and teasing John Conley was a thrill. The biggest thing she loved was spending time with her grandchildren and watching her son Byrun play football. She also enjoyed going to the Dollar Stores with her buddy Bill Bierman, who was a good neighbor.

Glyness had simple wishes, her greatest was to be reunited with her two missing grandchildren, Troy and Clarrissa Laguna. She and Ruby fought till Glyness's death to get their grandparental rights. Glyness also died with that vacancy in her heart and missed seeing her son, Phillip, as well; and loved them so very much.

Glyness died surrounded by her loving children, husband, grandchildren and other family members at her home, as she has always wanted to do.

Cremation has taken place and her funeral will be at a later date. God bless you my darling wife, I will miss you.