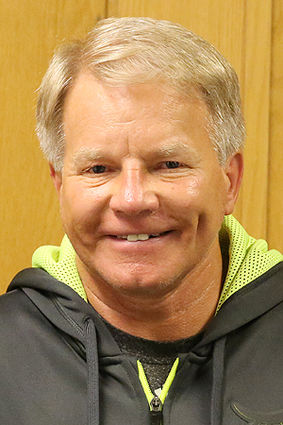 Patrick was born on March 8, 1956, son of Bernard and Patricia (Wallie) Krause. He attended Holy Trinity-St. Michael Catholic Grade School and Luther L. Wright High School in Ironwood, graduating with the Class of 1974. He then attended Gogebic Community College in Ironwood, graduating in 1976 and the University of Minnesota in Duluth, graduating in 1978 with a double major in history and political science. He obtained a master's degree in school administration and guidance counseling from Northern Michigan University in Marquette.

He began his teaching career in Merrill, Wis., and he then taught social studies, careers and was a driver's education instructor at Luther L. Wright High School. While teaching, Pat coached junior varsity football and middle school basketball for more than 20 years. He retired from teaching in 2008.

Pat's extreme passion for sports led to a second career with the Daily Globe in Ironwood, covering local and Upper Peninsula sporting events year-round. He was an avid statistician and a historian of knowledge for Michigan sports. Pat uncovered and perfected his special gift of writing and self-taught photography for more than 10 years. He had a way of delving into a story and bringing it to true life. He had an exceptional talent for writing feature stories about athletes and events of special interest to the community. He received four special recognition awards, including the 2017 Michigan Press Association Photo Story award and Good News Awards for feature stories in 2012, 2014 and 2015.

Pat was a member of Our Lady of Peace Catholic Church. He was also a dog lover.

He was preceded in death by his parents, Bernard and Patricia Krause; grandparents, Egan and Stella Krause, and Charles and Eva Tolvanen; and uncle and aunt, Joseph and Judy Krause.

A Mass of Christian Burial will be held on Saturday, Jan. 11, 2020, at 11 a.m. at Our Lady of Peace Catholic Church in Ironwood with Fr. Binu Joseph as celebrant, preceded by a visitation from 10 a.m. until service time. A luncheon will follow the Mass in the church hall

In lieu of flowers, memorials are preferred to the HOPE Animal Shelter in Ironwood.