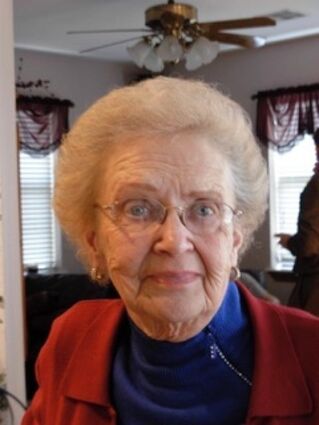 WAKEFIELD, Mich. - Vienna E. Forslund, 94, was called home by her Heavenly Father on Dec. 22, 2020. She had been a resident at Gogebic Medical Care Facility in Wakefield since October of 2017. At the time of her death, her sister and roommate, Viola Manninen, was by her side.

Vienna was born on March 6, 1926, to Julius and Aino Johnson in Ishpeming. She attended grade school in Covington and graduated from L'Anse High School in L'Anse in 1943.

After graduation, Vienna moved to Ironwood. She worked as a bookkeeper and linotype operator for the Finnish Printing Company, later known as the National Publishing Company. She worked there on and off until 1957. During 1946-47, she was employed as a telephone operator for Michigan Bell Telephone Company.

On Sept. 14, 1947, Vienna married Clarence B. Forslund at Trinity Lutheran Church in Covington. She was the bookkeeper for Clarence's businesses. They both enjoyed traveling to various countries and throughout the United States - especially to visit their five children and grand-children - until Clarence's death in May 1995. She often spent winters with her son, J.D., in Arizona. Vienna loved to bake, and her family always enjoyed receiving a loaf of her homemade cardamom seed bread.

Vienna and her husband, charter members of Trinity Lutheran Church in Ironwood, were active there throughout their lives. Until she was in her 80s, she was treasurer of the church's Dorcas Guild and helped make quilts to send to Lutheran World Relief. Her unfaltering faith was evident both in how she lived and how she treated others.

Vienna was preceded in death by her parents; husband, Clarence; seven brothers; one sister; and her daughter-in-law, Judi (Phil) Forslund.

Due to the current COVID-19 pandemic, funeral arrangements, under the direction of McKevitt-Patrick Funeral Home, are pending and will be announced at a later date. Vienna will be interred in the Sunset Acres Cemetery of Ironwood Township.

In lieu of flowers, anyone wishing to make donations in her memory may contribute to Trinity Lutheran Church of Ironwood; to Gogebic Medical Care Facility in Wakefield; or to a charity of their choice.