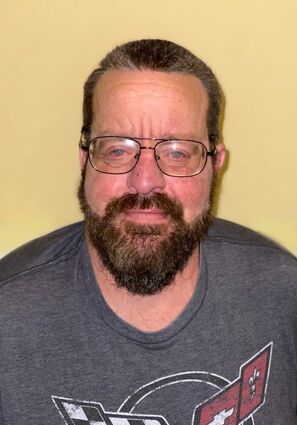 CLINTONVILLE, Wis. - Robert George Kuula, age 48 of Clintonville, passed away peacefully in his sleep on Tuesday, July 27, 2021, at his home. He was born on Sept. 26, 1972, to the late Roger and Nancy (Bowman) Kuula in Oak Park, Illinois. He attended the Hurley Schools.

Robert was known for being a people person. He could meet someone for the first time and become friends with them instantly. He was always there to help his family and friends. Robert was very optimistic and had an amazing outlook on life. He enjoyed working on anything with an engine, going to the casino, and collecting coins. Most of all, his family was the most important thing to him. He will be deeply missed by his family and friends.

Robert is survived by his brother, Roger Kuula of Siren; his sister, Teresa Adkins of Aniwa; his nieces and nephews, Samantha "Round as a Basketball" Styczynski, Clade (Kali Alberts) Adkins, Macie (Jacob) Kuehne and Airiel Adkins; a great niece and nephew, Emmy and Carter; and former brother-in-law, Claude Adkins. He is further survived by other relatives and friends.

He was preceded in death by his parents; his grandmother, Rauha Ylitalo; his uncle, Richard; and other beloved family members.

A memorial service for Robert will be held at 1 p.m. on Tuesday, Aug. 3, at Swedberg Funeral Home in Shawano, with Rev. Scott Ludford officiating. Visitation will be at the funeral home on Tuesday, from 11 a.m. until the time of service. Inurnment will be in Hurley at a later date.

Swedberg Funeral Home is assisting the family with arrangements.