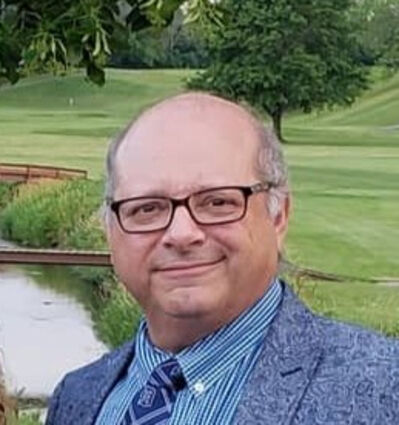 WOODRUFF, Wis. - James J. Kehoe Jr. went to join his loved ones in heaven on Friday, Nov. 5, 2021, after his valiant crusade with multiple illnesses and a continuing love of life. Jim passed holding hands with his wife, Mary, and sons, Nate and Adam, in Woodruff.

Jim was pre-deceased by his mother, Mickey Kehoe; and father-in-law, Peter W. Molter.

Jim graduated from Marinette High in 1977 where he was a standout wrestler. He excelled at tennis and also lettered in cross country. As a junior, Jim was selected as an AFS foreign exchange student to Japan. Jim attended college at the University of Wisconsin-Oshkosh where he met his wife, Mary. They married in Oshkosh on June 27, 1981, and celebrated 40 years of marriage this year. Together they raised their family in Ironwood, Michigan.

Jim is widely known as owner-operator of McDonald's Restaurants in Ironwood, Iron River, Iron Mountain and Norway, Michigan, and East End Superior in Wisconsin. During his 40-plus years with McDonald's, he trained and developed innumerable young people, many claiming Jim as the best boss they've ever had. Jim received many prestigious awards from McDonald's, including the regional Ronald McDonald Award, and two Press-On Ray Kroc awards for his business perseverance.

A proud Yooper, he raised his boys, "the men," with a strong work ethic which developed as they competed in football, hockey, baseball, basketball, golf and tennis. Rides to the weight room at 5:30 a.m. were routine; as well as letting the boys duke it out with the boxing gloves that he got them for the holidays at a young age. Jim was a fierce competitor in business and life, as exemplified up until his final days. Jim was instrumental in developing the Ronald McDonald House Room in the NICU at Duluth-Essentia in Duluth, Minnesota. He also served as president of the North East CoOp McDonald's Regional Advertising Agency for many years. Jim and Mary currently own the Twilight Supper Club in Land O'Lakes, after retiring from McDonald's.

The Keys, Everglades and Hard Rock Stadium were some of his favorite places while hanging in Miami with Nate, where he enjoyed many acupuncture healing treatments. Family trips out west to adventure with Adam were always a highlight.

He was involved in countless activities and volunteer and fundraising events throughout his life. Some highlights include: Coaching his sons and many youth in Little League and Senior League baseball, and grade school basketball in Ironwood, Luther L. Wright High School tennis coach, Hurley Silver Street Ducks Unlimited president, NorthEast Wisconsin Economic Development Board member, Superior Rotary Club and their fundraising efforts at the Dragon Boat Festival, Indianhead Ski League, numerous McDonald's regional teams and committees. Jim sponsored countless sporting teams, including his sons' notorious Jimmy's Boyz basketball squads with their athletic buddies, and Team McDonald's at Indianhead Ski League (AKA "The SandBaggers"). There were no strangers to Jim, only friends he hadn't yet met!

Jim was extremely proud of his family: from Nate's Doctorate of Acupuncture and Eastern Medicine, Adam's Masters of Science from Montana State, Peter's partnership in our family business at the Twilight Supper Club, and the birth of his first grandchild, River, just under a year ago.

Jim was "Simply the Best" father, husband, son, brother, papa, friend, uncle, boss, coach and businessman! A father figure to many, his loving heart inspired others to think big and persistence being a key to excelling in life. If you knew Jim, you knew what it meant to have fun and smile big. He will be greatly missed by all and forever loved and remembered. The memories and that big laugh and smile will help us carry on with his strength instilled in us. We love you to infinity Jimbo!

A funeral service will be at noon on Monday Nov. 15, at St. Albert's Catholic Church in Land O'Lakes. Visitation will be held from 10 a.m. to noon. Interment will be in Phelps Cemetery.