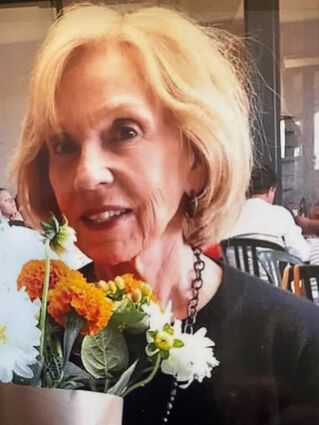 Pat was born on Oct. 13, 1936, in Ironwood. She was the daughter of Chet and Alice Peterson. She was preceded in death by her mother and father; her sister, Nancy; her husband of almost 40 years, Tom Lundin; and Roy Smith.

Pat married Tom Lundin (also lovingly known as the Repeater) in 1957. She spent summers enjoying the family cottage on Island Lake in Boulder Junction, Wisconsin. Pat and Tom and family loved spending part of their winters in Sarasota. Upon Tom's death in 1997, Pat moved to Sarasota where she lived with Roy Smith until his death. In 2015, Pat moved to Orange County to live closer to her favorite daughter, Kari.

In keeping with Pat's wishes, there will be no formal funeral services. However, her children would love for you to raise a glass in her honor and toast to a life well lived or make a donation to a charity of your choice in remembrance of Pat.