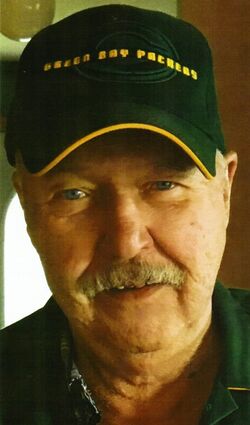 Carl was born on April 16, 1939, in Bruce Crossing, a son of Wilho Leonard and Hilma Suzanna (Maki) Lehto. He attended Ewen High School and graduated in 1957.

During high school and for a short time after graduating, Carl worked at the creamery in Bruce Crossing. He then moved to Kenosha, Wisconsin, and in March 1961, married Norma Oja. Carl worked at MacWhytes wire rope factory. After seven years, Carl and his family moved back to the Upper Peninsula homestead, and he worked at White Pine Copper Mine as a survey technician until his retirement in 1993. Carl worked at numerous part-time jobs after his retirement.

Carl spent most of his life on the family homestead and really loved living there, following retirement he built ponds near his house and enjoyed the walks around the ponds with his loyal dogs, Carmel and Eve. The plentiful wildlife they encountered was a favorite topic. Carl was a good guitar player and a very good singer and liked to entertain with his close friends and family. Carl was a good family man and would do anything for his children even if they didn't deserve it all of the time.

He was an avid fisherman, outdoorsman and loyal Packer fan.

He was predeceased by his parents; and a brother, Jackie Lehto.

In the spring, a graveside service for family and close friends will be held at the Hillside Cemetery in Bruce Crossing. Carl's final resting place will be next to his parents.