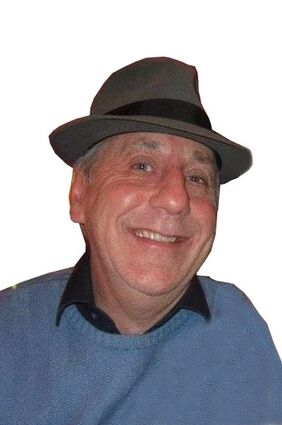 MERCER, Wis. - Robert James "Bob" Masech died due to a house fire in Mercer. He was born to the late Eli, a retired U.S. Army veteran and Chicago North Western Railroader, and Dorris, a homemaker, Masech. Bob was the second of their five children. He graduated from Addison Trail High School in Addison, Illinois, followed by the acceptance to Iowa State with a full four-year hockey scholarship. There he earned his logistics degree which positioned his career for the next 40 years.

Bob was blessed with a large loving family. Survived by the mother of his children, whom he was married to for 18 years and considered his high school sweetheart, Vivian Ciszek. Bob helped raise his three children in Kansas, where they were all born with patience, discipline and humility. There they took on a fiery force of love for the Kansas City Chiefs. His passion for hockey continued being captain and No. 19 for the semi pro K.C. Knights; with one of his favorite memories scrimmaging against the U.S. Olympic Team - aside from getting smothered, he had the only assist to the only goal.

We always admired his commitment to his hard hands on work ethic and epic attachment to sports. He pursued pouring his heart into refereeing any game he could for the next couple decades, which unfortunately led to an injury he couldn't bounce back from. His heart was fulfilled to see his two grandsons on skates which he passed down to them just this last winter at the age of 3 and 5.

Bob will be missed dearly by his three children, Robert Masech Jr, Amanda "Major" Grimes (Eric), and Dane Masech, all of Janesville; and two grandsons, Jett and Bo Grimes. Survivors also include his siblings, Gordon (Linda) Bowe of Lake in the Hill, Illinois, Mary Kay Sauk of Maricopa, Arizona, Carrie (Peter) Trail of Edgerton, Wisconsin, and Peter Masech of Fort Worth, Texas; and along with many other loving family members and friends.

Memorials are appreciated to the Janesville Fire Department Charities. Please visit apfelwolfe.com to send condolences to the family.