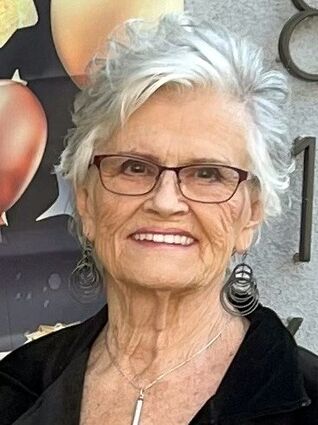 PHOENIX, Ariz. — Sue Gilbertson, 80, born Dec. 5, 1941, passed away on May 10, 2022, at Banner-University Hospital in Phoenix from complications after a long battle with cancer.

Sue is survived by her daughter, Wendy Gilbertson; her sister, Nancy (Tom) Maas; and her brother, Michael (Jane) Jost. She was preceded in death by her husband, Warren Gilbertson; and her son, Eric Gilbertson; along with her parents, James Jost and Margaret Kosek Jost.

Sue’s gentle heart and giving nature made all those who knew her feel loved and cared for. She gave with her whole heart. Always up for an adventure, Sue and Wendy explored the world together and made beautiful memories right up until the Lord brought Sue home.

Sue grew up in Duluth, Minnesota. She graduated from St. Scholastica High School in 1960. She received her bachelor’s degree from the University of Minnesota-Duluth in 1965. She married Warren on July 15, 1967, at the Great Lakes Naval Training Center Hospital chapel in Illinois. They lived in Long Lake, Minnesota, where her two children were born, until 1985 when the family moved to Phoenix.

Sue spent her summers vacationing at Saxon Harbor in Saxon, Wisconsin, where her husband’s family resides. She obtained her captain’s license for the Great Lakes and served a term as the U.S. Coast Guard Auxiliary crewman out of Saxon Harbor. She enjoyed boating and fishing on Lake Superior and the many fish boils and gatherings at the cottage. The joy and memories of these vacations will be forever cherished by her family and friends.

Sue was a fierce advocate for individuals living with mental illness. She founded MIKID (Mentally Ill Kids In Distress) in 1987 after her son, Eric, was diagnosed with a severe mental illness. Her organization has provided services to thousands of families across eight locations in Arizona, with recent expansion in Pueblo, Colorado. Sue volunteered her time, resources and services for more than 35 years. She selflessly served on numerous boards of directors throughout the valley, leaving an imprint of her heart everywhere she went.

Until her death, she was on the Patients’ Rights Committee of the Arizona State Hospital’s governing body. Her advocacy was instrumental in the early years at the legislature helping to enact much-needed services for children in Arizona. Her commitment and accomplishments in the field of mental health will live on for many years to come. She will forever be celebrated for the courageous and inspiring woman she was, and the beautiful legacy she leaves behind.

A Mass of Christian burial was held on May 20, at St. Joseph’s Catholic Church in Phoenix.

There will be a graveside service at St. Mary’s Cemetery in Hurley, Wisconsin, on Thursday, July 28, beginning at 10 a.m. A brunch will follow the service at Sharon’s Coffee Company in Hurley.