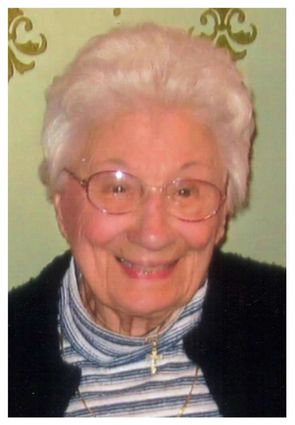 IRONWOOD, Mich. - Elaine M. Larson, 99, of Ironwood, died peacefully Monday, Dec. 8, 2014, at Westgate Nursing, Rehabilitation and Assisted Living Community in Ironwood, with her daughter and son-in-law by her side.

The former Elaine Fafford was born June 7, 1915, in Ashland, Wis., daughter of the late Edward and Ada (Fountain) Fafford, and graduated from high school in Saxon, Wis. She was then employed as postmistress at the Saxon Post Office for several years.

Elaine was a member of Our Lady of Peace Catholic Church in Ironwood. She loved gardening, and enjoyed snowmobiling and traveling with Lyle in their camper. She especially enjoyed spending time with her family and grandchildren.

Services and interment will take place in the spring, at a time and date to be announced.