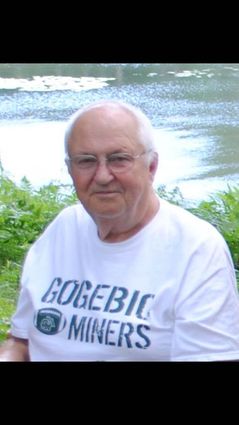 LANSING, Mich. - Robert "Bob" J. LeBlanc, 78, of Wakefield, passed away peacefully with his family by his side on Saturday, April 23, 2016, at McLaren Hospital in Lansing.

Bob continued growing up in Ramsay, being raised by his aunt and uncle. Bob loved to talk about his childhood, recalling the swimming hole in the Black River, the movie theater, Ramsay school, and his many stories about the Chaney Lake Shack.

Like many people who grew up in the U.P., he enjoyed deer hunting, spending many hours at Ray Niemi and Jerry Strickler's camps and at his brother Tom's. Also, Bob walked countless miles hunting birds with his sons and his golden retriever, Mack. He also enjoyed fishing - lighting up every time he talked about his son, Jim's bass, and son Craig's brook trout and the muskies they caught together.

Bob graduated from A.D. Johnston High School in Bessemer, then attended Gogebic Community College for two years before moving on to Northern Michigan University to finish his degree. He always joked, "I graduated with a B.S. (Bachelor of Science) and I've been full of B.S. ever since."

Bob began teaching after graduating. He taught for two years in Rockland, before moving to Japan to teach the children of U.S. military families. He taught there for four years, and he enjoyed traveling throughout Japan and Korea and meeting the native people the most during that time. He then taught military children for a year in Germany. He enjoyed the weekend trips he took around Europe, especially the ski trips in Austria and Switzerland.

He returned to the U.S. in 1967 and began teaching at the Lenawee Vocational Technical Center in Adrian. During the years 1969-1972, Bob drove to Ypsilanti to attend Eastern Michigan University until he earned his master's degree in industrial arts. In 1972, Bob moved his family back to Ramsay because he accepted an offer to teach auto mechanics at Gogebic Community College. He continued to be involved in the community as a Little League coach, high school ski team coach/manager, volunteer fireman, Fourth of July committee member and fireworks lighter, and numerous pancake feeds.

Bob retired from teaching in 1989 and moved to Lansing to work for the SUN Corporation and then Auto Salvage Company. After retirement, he traveled around the U.S., visiting friends and cooking. Bob could walk into any kitchen, open up the fridge and make meals for anyone and everyone. His cooking will be missed.

In 1996, he traveled to Prescott, Ariz., and eventually found Black Canyon, Ariz. He liked the community so much he spent his winters there until 2016. He spent his summers at State Line Lake in Marenisco and Sunday Lake in Wakefield. Bob never disliked where he lived because he always said, "It's all about what you put into the experience."

Bob was a devoted Packer fan and he loved watching NASCAR, college basketball and football, and the Little League World Series. However, his greatest passion was following and supporting his boys and grandsons in all of their endeavors.

He is survived by his beloved Nancy; two sons, Craig (Katie) LeBlanc, of Kohler, Wis., and Jim (Michelle) LeBlanc, of Lansing .; seven grandsons, Benjamin, Nathan, Henry, Justin, Matthew, Kyle and Brecken; a brother, Thomas; a sister, Barbara; nieces and nephews; and other loving relatives, friends and all those who knew him as "Camper Bob."

He was preceded in death by his brother, John.