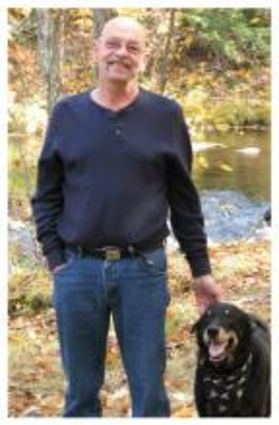 Scott was born July 17, 1959, in Marquette, Mich., son of the late Margaret and Steve Warren. He married his lifelong partner, George J. Henkel, in Ironwood on June 26, 2015. They had been together for 36 years since June 1981. They lived in Milwaukee for a short period of time before permanently relocating to the Ironwood area, where they have lived happily with their dogs, cat and fish. Scott was very proud of the fact that they were the first gay couple to be married in Gogebic County.

Scott enjoyed the beauty in nature and everything and immensely enjoyed the arts, especially music, musicals and plays. He belonged to Marty's Goldenaires as director and performer and Theater North as an actor, with his most memorable roles as Hysterium in "A Funny Thing Happened on the Way to the Forum," and as Seymour in "Little Shop of Horrors." He also formerly served on the Theater North board of directors and was a musician with the Blue Knights and the Racine Kilties drum and bugle corps.

Out of respect for Scott's wishes, cremation has taken place and a celebration of his life will be at the American Legion Post, 209 N. Moore St., in Bessemer, Mich., at a date and time to be determined.

In lieu of flowers, condolences and memorials may be given in care of the family through George Henkel, 533 E. Tamarack St., Ironwood, MI, 49938.

Arrangements are entrusted to McKevitt-Patrick Funeral Home and Cremation Services of Ironwood.

Committal will be private. The family would like to extend their deepest thanks and appreciation to Dr. Franklin Villanueva and all of the staff at Villa Maria Health and Rehabilitation Center for their kindness and loving support for Scott and George during this difficult time.

Scott's obituary can also be viewed online and condolences given to his family at mckevittpatrickfuneralhome.com.