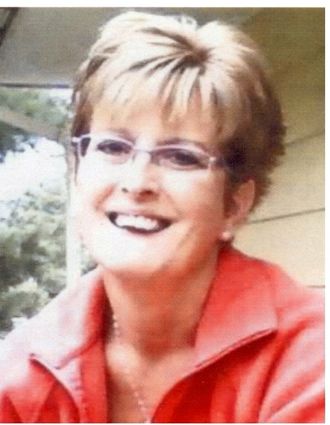 Joann was born on July 13, 1961, in Wakefield. She attended A.D. Johnston High School in Bessemer and graduated in 1979. She continued her education at Gogebic Community College.

On Aug. 27, 2011, Joann married Ed Balduc at All Saints Lutheran Church in Wakefield.

Her hobbies were skiing, camping with her husband and attending the Hodag Country Music Festival in Rhinelander, Wis. Joann liked skiing with her son, Cory, in the Rocky Mountains. She took pleasure shopping with her daughter, Amy, and they enjoyed Chinese cuisine with fried rice. One event that was special to Joann was a trip to the Kauai Island in Hawaii, referring to it as "Heaven on Earth."

She was a member of All Saints Lutheran Church in Wakefield.

Joann was employed at the Gogebic County Prosecuting Attorney's Office for 35 years. She retired on June 30, 2018.

Joann was elected to the Gogebic County Board of Commissioners, however, due to health reasons had to resign from her position.

She was preceded in death by her grandparents, Ann and Leo Tarnaski and Doris and Alquido Valerio.

A celebration of Joann's life will be held Saturday, April 27, at 9:30 a.m., preceded by visitation at 8 a.m., at the Wakefield Veterans of Foreign Wars Post 9084, 107 E. U.S. 2, in Wakefield. The Rev. Bill Jacobson, pastor of All Saints Lutheran Church, will officiate.

A luncheon will be served at the VFW following the service.

Expressions of affection in a charitable contribution in Joann's memory are suggested in lieu of flowers to Regional Hospice Services, 216 E. Aurora St., Ironwood, MI 49938

The family would like to express their deep appreciation to the caring staff at Regional Hospice Services.