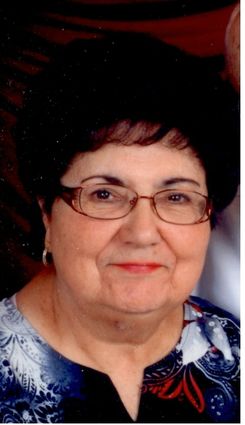 WAKEFIELD, Mich. - Conchita Luoma, 81, a longtime resident of Wakefield, passed away peacefully on Friday evening, May 24, 2019, surrounded by her three children and special loved ones.

She was born in La Coruna, Spain on Sept. 16, 1937, the daughter of Pedro and Estrella Garcia. She came to the United States with her father in September of 1948 at the age of 12 to join her mother who had been here since 1946.

Conchita graduated from Wakefield High School in 1956. On Nov. 26, 1966, she married Donald Luoma in Detroit. They made their home in Wakefield and were blessed with three children.

In January of 1957, she began working at Divine Infant Hospital in the x-ray department until the hospital closed in 1977.

She was a member of Immaculate Conception Catholic Church in Wakefield and a member of the church choir for more than 45 years. Conchita loved to sing and sang with the Sweet Adelines group in Ironwood until it disbanded and the Gogebic Range Civic Chorus.

She was very proud of her Spanish heritage and loved her native land, making several trips back to Spain visiting her friends and relatives. Her last trip was in May of 2017.

She loved spending time with her family and friends, especially her beloved grandchildren. Conchita enjoyed watching all sports. Her passion was watching college basketball. She loved her Wakefield Cardinals, Michigan Wolverines and Green Bay Packers. She also enjoyed dancing with her husband, Don. Together, they polkaed their way around the region to different dance venues on Sunday afternoons.

Conchita is survived by her two sons, Scott (Roberta) of Greenville, and Jeff (Melanie) of Clayton, Wis., and her daughter, Kim (Tom) Zeckovich of Wakefield; her pride and joy were her seven grandchildren, Michael, Nicholas, Kayla, Kyleigh, Eli, Matthew and Holden. Also surviving is her sister-in-law, Lois (Reuben) Nelson; a nephew, Doug (Anita) Nelson; and two nieces, Debbie (Alonzo) Cooper and Lynn (Randy) Bjorkstrand. She also has a host of special relatives both in the United States and Spain along with countless dear friends.

Besides her parents, Conchita was preceded in death by her husband, Don, on May 29, 2016.

A Mass of Christian Burial will be celebrated on Saturday, June 1, at 11 a.m., preceded by visitation at 9:30 a.m., at Immaculate Conception Catholic Church, 407 Ascherman St., in Wakefield, with the Rev. Dominic Agyapong, celebrant. Also, in attendance will be the Immaculate Conception Women's Guild Honor Guard.

Rite of Committal and interment will take place at Lakeside Cemetery, Wakefield.

Lunch will be served at the Wakefield Veterans of Foreign Wars Post 9084 upon return from the cemetery.

The family would like to give special thanks to the staff at the Gogebic Medical Care Facility and Regional Hospice Services for the exceptional care that Conchita received the last few months.