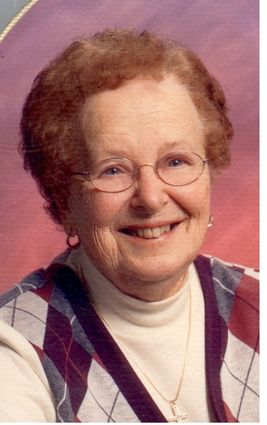 She was born on Dec. 15, 1921, in Hurley, daughter of the late Silvio and Adelaide (Delboni) Calgaro.

Theresa attended Hurley schools and was later married to Michael Foryan in Hurley. Together they raised five children.

She was a hard-working, stay-at-home wife and mother, who enjoyed cooking, canning and baking, especially for her family and friends.

Besides her parents, she was preceded in death by her husband, Michael; a daughter, Charlotte Foryan; brothers, Serafino Stella, Fred Stella, Julio (Delores), Romeo and William Calgaro; and sisters, Julia (Frank) Piasecki and Corrine (Italo) Bensoni.

A Mass of Christian Burial will be celebrated Friday, June 7, at 11 a.m., preceded by visitation at 10 a.m., at St. Mary's Catholic Church in Hurley, with the Rev. Frank Kordek OFM, celebrant.

Rite of Committal and interment will take place at St. Mary's Cemetery, Hurley.

Lunch will be served at the church hall upon return from the cemetery.

Theresa's family would like to thank Villa Maria for providing care for their mother.