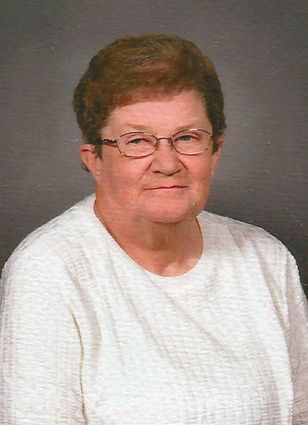 Sharon was born Oct. 15, 1942, in Ironwood, the daughter of the late Carl Oscar and Myrtle Marie (Erickson) Johnson. She graduated from A.D. Johnston High School in Bessemer in 1960. She worked at the local Brown's Café while in high school and college.

Sharon attended Gogebic Community College from 1960 to 1961, spent a short time at Augustana College in Rock Island, Ill., and went on to receive her bachelor's degree in education from Northern Michigan University in 1967. She married the love of her life Robert Stephen Rickard on July 28, 1962.

Sharon taught junior high math for three years at Benjamin Franklin Junior High in Stevens Point. She decided teaching was not for her and spent the rest of her life being a homemaker to her family. Sharon enjoyed baking, cooking, sewing, knitting, crocheting, camping and being an avid sports fan. Her favorite moments were spending time with family and looking forward to having everyone together.

She was preceded in death by her husband, Robert; her parents, Carl and Myrtle Johnson; a brother, Carl Johnson; and her twin sister at birth.

The family would like to thank the staff at Gogebic Medical Care Facility and Aspirus Ironwood Hospital for all their exceptional care, comfort and support.

A memorial service will be held Saturday, July 27, at 11 a.m., preceded by visitation at 10 a.m., at All Saints Lutheran Church, 1202 Putnam St., Wakefield, with the Rev. Bill Jacobson officiating.

A luncheon will follow at the church fellowship hall.

A committal service and interment will take place at Hillcrest Cemetery, Bessemer.