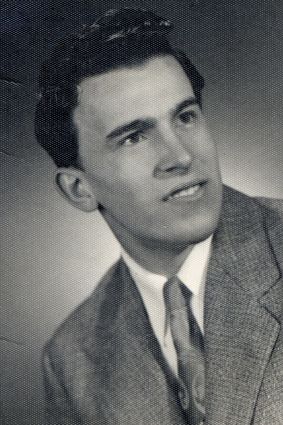 John was the first son of five born to the late John and Sylvia Sertich on Nov. 4, 1937, at the Newport Hospital in Ironwood, Mich. He attended Newport Grade School and Luther L. Wright High School, graduating in 1955. He also attended Gogebic Community College and received his mechanical engineering degree from Michigan Technological University at Houghton, Mich., in 1961. He was also a member of the Michigan Army National Guard in Ironwood.

A week after graduation, John, with his brother Tom, loaded up a U-Haul, hooked it to his 1954 Mercury with the flathead V-8 (he loved that car) and traveled to Seattle, Wash., where he began working for Boeing Aircraft. Tom continued on to California to start his service with the U.S. Air Force; shortly thereafter, John's family joined him in Seattle.

After several years in Seattle, John and his family moved to Long Beach; then to New Orleans, La .; then to Huntsville, Ala., still working with Boeing Aircraft. A few years later he moved to Milwaukee to work for the Allis Chalmers Corporation; then, on to Denver to work for McDonnell Douglas Aircraft and, after a few years, worked for the Jet Propulsion Laboratories (JPL) in Pasadena until his retirement.

John had a real passion for cars, always repairing or modifying them out of the necessity of basic transportation while a teenager; later in years as a hobby. Through his high school and college years, he worked at the Kay Kapugia Jessieville Service Station and at Larry Boyers Gas Station on McLeod Avenue. He also worked at Northern States Power Company.

John had a brilliant, analytical mind. You would often find him working on some complicated physics or engineering problem with his trusty side-rule (for those who remember what that is and before the scientific calculator was invented) and loved the challenge of all levels of math. A very modest person, John never spoke about his work or accomplishments. He was particularly proud with his work associated with the NASA Space Shuttle program working on the Columbia, Challenger and Discovery space shuttles; the Mars Viking mission; but more significantly, his engineering participation associated with the Voyager 1 and 2 spacecraft, in service for more than 40 years to this day, still communicating information with Earth from interstellar space. John loved his work.

John is survived by his wife, Dianna (DeStefani) of 60 years; his sons, Daniel and David, both of California; his brother, Tom (Beverly) of Cortland, Ohio, and brother, James of Ironwood.

As per John's wishes, cremation has taken place with his special request to have his ashes buried at Riverside Cemetery, in Ironwood, at a later date, next to his grandparents, parents and brothers.

John will be missed by his family and friends. But what a reunion there will be when all those who went before him, meet once again. Rest in Peace my friend and brother. You are home.