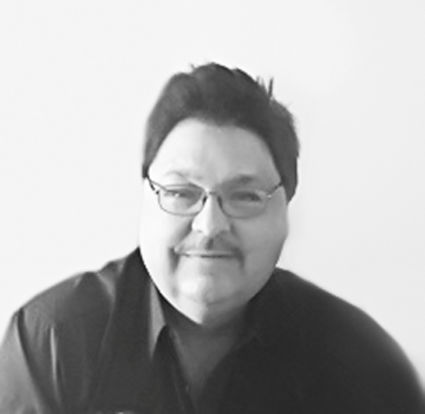 David was born on March 14, 1962, at Divine Infant Hospital in Wakefield, Mich., a son of Ray and Jean (Pancheri) Barbacovi. He lived in Bessemer, Mich., throughout his childhood and later moved to the Ironwood, Mich., and Hurley area. David attended Bessemer area schools and graduated from A.D. Johnston High School with the class of 1980. After graduation he continued his education at Gogebic Community College in Ironwood and the Transamerican School of Broadcasting in Wausau.

He worked at WUPM radio station, became a deputy sheriff at the Gogebic County Sheriff's Department and was a paramedic at Alert Ambulance.

For many years, David was a dedicated member of the National Ski Patrol and was the assistant ski patrol director at Blackjack Ski Resort in the 1980s. David and his twin brother, Dan, started Eclipse Concerts, which brought singers such as Starship and Willie Nelson to Bessemer in the 1980s. He helped start Alert Ambulance, a business that brought paramedics to the Gogebic Range. In 1988, he and Dan started Spectrum Entertainment which includes Spectrum Carnival that plays many events and fairs in Wisconsin. After his retirement from the sheriff's department due to an injury, David continued to work with some of the largest known singers in the music industry up until his untimely passing.

David is survived by his two sons, Brandon and Evan. His sons were loved and meant everything to him as he spent every moment he could with them. The three could be seen around the community having fun and enjoying each other's company. There was nothing more important to David than to give his time and love to his boys.

He was predeceased by his father, Ray; a brother, Thom; and his sister-in-law, Paula. Family was very important to David and we hope he is at peace and is now celebrating in Heaven with his dad, brother and sister-in-law.

A Mass of Christian Burial will be celebrated Wednesday, Oct. 9, at 11:30 a.m., preceded by visitation at 10 a.m., at St. Sebastian Catholic Church, 210 E. Iron St. in Bessemer, with the Rev. Dominic Agyapong, celebrant.

Rite of Committal and interment will take place at Hillcrest Cemetery in Bessemer, followed by a luncheon at Manny's Restaurant, 316 E. Houk St., in Ironwood.

The family would like to thank Mr. Jerald Rocco, owner and manager of Lakeside Memorial Chapel Inc., in Wakefield for his professionalism and helping us through this difficult time and making all the arrangements.