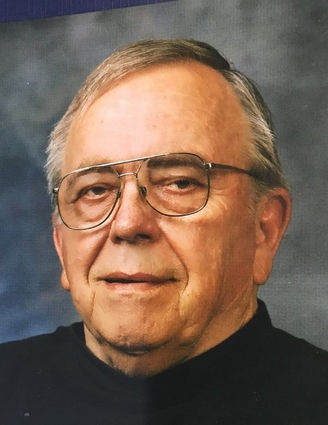 Born on May 28, 1935, in Hancock, and raised in Mass City, Walter graduated from Mass High School in 1953 and then from Michigan Technological University in 1958, with a Bachelor of Science in mining engineering. He began his mining career at the White Pine Copper Mine as a underground miner in 1957.

Walter married Mary Helen Findley on April 29, 1961, and they resided in White Pine, where he built his first new home. He was the only child of Nicholas and Elma (Aho) Lukkarila, who preceded him.

He switched companies in 1980, and began as an area production manager for Conrock and progressed to vice president of operations and development for the new company of CalMat, where he worked until 1995. Prior to full retirement, Walter created his own consulting company and worked on various mining projects throughout the United States.

Walter belonged to the Adventure Sports Club, White Pine and Great Barrington Lions Clubs, the Society of Mining Engineers and the Evergreen Cemetery Association; and was co-chairman of the Mass City Area Centennial Committee and a lifelong member of Camp Ogima.

The service will be Saturday, Dec. 21, at Cane Funeral Home in Ontonagon. Viewing will take place from 10 a.m. to 11 a.m., with the service from 11 to noon. Family and friends will then meet at the Konteka in White Pine for a light luncheon immediately following the service.

In lieu of flowers, the family asks that donations be made to Sonco Ambulance Company, P.O. Box 191, Bruce Crossing, MI 49912.

Cane Funeral Home is helping the family with arrangements.