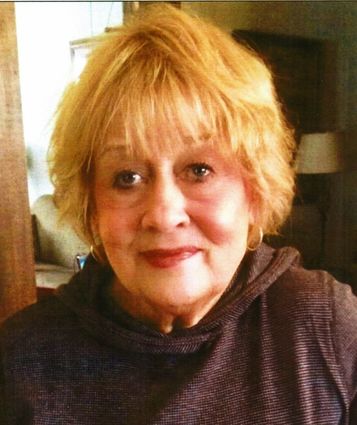 Kathleen was born on June 12, 1945, in Ironwood, a daughter of John and Lucille (Piasecki) Kapets. She attended Norrie School and graduated from Luther L. Wright High School in 1963.

In 1964, she married Richard Eklund and they moved to Kenosha, Wis., where they spent the next 40 years. They raised two children, Kristen (Mark) Gilbert and Eric (Jenny) Eklund, both of Pewaukee, Wis., and were blessed with four beautiful grandchildren.

Kathy was preceded in death by her parents; her husband, Richard, in June 2016; and her older sister, Patricia Boyer, in October 2016.

In addition to her children and grandchildren, she is survived by her brother, Dennis (Nancy) Kapets; her younger sister, Bonnie Minkin; and many beloved nieces and nephews.

During Kathy’s time in Kenosha, she worked for many years as a visual merchandiser for Jack Andrea’s. When she moved back to Ironwood, she started a business, Uncommon Goods, with her sisters and her niece, Tiffany Averitt. It was at this time in her life that her artistic abilities truly began to shine, and she was particularly known for her beautifully painted windows.

Kathy was a wonderful wife, mother and friend, who was always willing to listen, had a wonderful sense of humor and style and genuinely made others happy in her presence. She was dearly loved and will be deeply missed by all of her family and friends.

Kathy’s children are especially grateful to her sister, Bonnie, and her niece, Tiffany, for always being there for her as her health declined and for seeing her through the most difficult of times.

The family is honoring Kathy’s life in a private service.