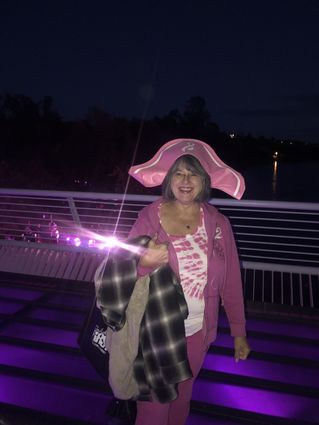 REDDING, Calif.- Joan Marie McKenzie sadly passed away and went to be in the arms of her Lord and Savior Jesus Christ on April 10, 2020. Joan was an angel on earth and dearly loved by all she met and befriended. Joan always had an engaging smile for everyone that will be forever remembered by all who knew her.

Joan was born in Wakefield, Michigan, on July 10, 1951. She initially attended grade school in Marenisco, Michigan, and then moved with her family to Weaverville, California, where she attended third grade. They then moved on to Arroyo Grande where her father also taught before the family moved back to Marenisco where she attended school through the seventh grade. The family then moved to Reedsville, Wisconsin, where her dad finished his teaching career. She graduated from Reedsville High School in 1969, where she was also a cheerleader. Following high school graduation, she attended college at the University of Wisconsin-Oshkosh and the University of Wisconsin-Madison. Joan earned her bachelor's degree and became a Registered Nurse.

She started her career working at a hospital in Indianapolis before beginning a lifetime career in medical case management. She began with IntraCorp Medical Case Management in Milwaukee. She and her husband, Rich, reacquainted after spending some grade school years together in Marenisco, and then got together at an all-class reunion on July 4, 1986, in Marenisco, and decided to spend the rest of their lives together. They married in Marenisco on Aug. 30, 1986.

She continued working for Intracorp after moving to Redding for several years before branching out on her own as McKenzie Case Management. Following many successful years in the private sector, she joined the California Department of Health Care Services in 2008 as a nurse evaluator and was employed there until the time of her tragic death.

Joan loved music and had a beautiful singing voice. She could light up a room with her smile and enjoyed socializing with her many friends at Riverview Country Club, throughout Redding, northern California, Wisconsin and Michigan. Mostly though, she loved spending time with granddaughter Kylie and her mother, Dona, with whom she was a loving and phenomenal caretaker. She will be forever loved and missed by her family and those who knew and worked with her.

She was preceded in death by her father, John Stefanik.