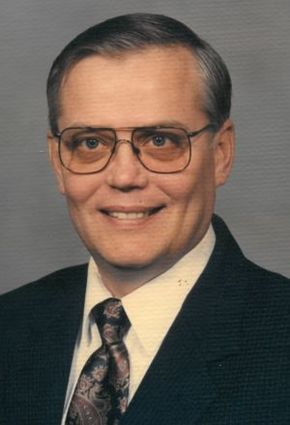 Jim was born on March 30, 1948, son of Robert and Mildred (Kleimola) DuRay. He grew up in Bessemer and enlisted in the U.S. Navy in 1966 to serve his country during the Vietnam War. While in the Navy, he was decorated with the Vietnam Service Medal, Vietnam Campaign Medal, National Defense Service Medal and the Navy Unit Commendation Medal. He was honorably discharged in 1969.

Upon his discharge from the Navy, Jim began a career at White Pine Mine as a production miner from 1969 through 1993. He filled several positions while employed at White Pine Mine and was always willing to work overtime when things needed to be done. He loved his co-workers and his job, and often wished he was able to work longer than he did.

In retirement, Jim maintained a busy life. He was very active with the Bessemer American Legion serving as service officer from 2000-2003, commander from 2003-2004, and district commander from 2006-2007. He volunteered as a driver for the local VA van for several years, also helping with the weekly spaghetti dinner at the legion among several other activities. Along with all these, Jim was the head usher at Ironwood Assembly of God from 1995-2000.

As most people may remember, Jim was an avid outdoorsman. During his retirement, both he and his wife, Helen, spent several summers camping at many of their favorite lakes taking in nature at its finest. He enjoyed deer camp with friends and family, but most of all he loved to fish. He was someone that very seldom was skunked while fishing whether it was winter or summer, lake or river.

Jim was a husband for one, a father for few, and a friend to many. He provided for his family the best he knew how and was always willing to give advice whether liked or not. He liked to play the role of comedian around everyone. He was loved and will be missed.

He was preceded in death by his parents, Robert and Mildrid DuRay; and his sister, Peggy Ballone.

A visitation will be held at McKevitt Patrick Funeral Home on Saturday, June 6, from 10 to 10:30 a.m. and will be limited to no more than 10 people at a time. A private family service will follow the visitation. Afterward, full military rites will be accorded by the Bessemer V.F.W. Post 3673 Honor Guard at Riverside Cemetery in Ironwood beginning at 11:15 a.m.

The family has chosen McKevitt-Patrick Funeral Home, Ironwood, to honor Jim's legacy of life. You can leave a condolence or a tribute at mckevittpatrickfuneralhome.com.