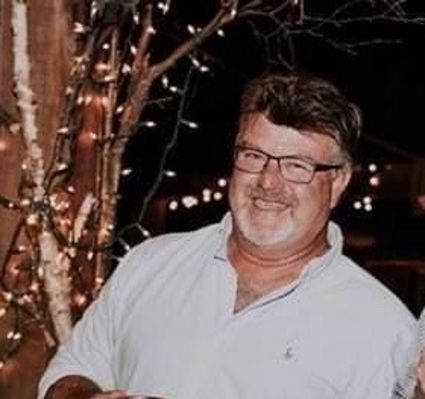 IRONWOOD, Mich. - Anthony "Tony" or "T" John Mukavitz, 56, passed away unexpectedly on Thursday, May 28, 2020, while biking on the Iron Belle Trail which he frequently enjoyed after a day of work.

Tony was born on Sept. 30, 1963, the son of William "Bobo" and Barbara (Kleimola) Mukavitz. He grew up in Ironwood Township and attended local schools. He graduated from Luther L. Wright High School in Ironwood in 1981, where he lettered athletically in football, track and skiing. After high school, he worked in the family business and attended Gogebic Community College where he earned an Associate Degree in business. After college, he studied on his own to receive numerous state licenses needed to take over the family business, when his parents retired in 1997.

Tony loved the outdoors, fishing, hunting, snowmobiling, skiing, biking and ATVing with his family and friends. He also enjoyed a beer once in a while!

Tony was active in the community, volunteering his time and equipment for many local events and projects. Tony enjoyed skiing on Wednesdays with his son, Cody, and competing against him and friends in the Wednesday Ski League at Indianhead Mountain. He also enjoyed sharing jokes and music with his daughter, Jessica. Tony (and his wife) also enjoyed the close friend gatherings they would have at "Muks Pub" on Sundays while watching the Green Bay Packers.

Tony was most happy when he was at or on the water in Manitowish Waters, Wisconsin, or Orange Beach, Alabama, where he and his family and friends vacationed for 23 years. The Manitowish Waters Chain and OBA Intercoastal Waters will never be the same!

Tony was the owner/operator of Mukavitz Heating-Cooling-Refrigeration, along with his wife Luann. Tony was also part owner of the Cold Iron Brewery, both located in Ironwood.

Tony married the love of his life, Luann Becia on Aug. 31, 1985, at the St. Ignatius Loyola Catholic Church in Houghton. They enjoyed 37 years together. Tony is survived by his wife, Luann, along with their children, Cody (Taylor) Mukavitz and Jessica Mukavitz; and grandson, Croix Mukavitz, who was the apple of Tony's eye since his birth two years ago. Tony is further survived by his father, William Mukavitz, as well as numerous aunts, uncles, cousins, nieces and nephews. He also leaves behind a slew of relatives and friends. The only friend Tony did not have was the one he had not met yet!

Tony was a very outgoing individual who knew so many people. He could walk into a crowded room (well most times a bar!) and go up to a complete stranger and carry on a conversation for hours. He would always remember your name if you ever had the pleasure of running into him again. Whether the visit was short and sweet or he got into one of his long bs-ing story moods, Tony always made you feel special.

Tony would want you (family and friends) to carry out your remaining lives in laughter and have fun in the process, but to continue to be a hard-working, affectionate person while doing so. Work for what you want and what you have, as he will be watching over you! His working days are not over. For some of you, his watching over you may be a full working day in itself! (Smile - friends and loved ones - if you believe this to be one of you!)

Tony was fearless in approaching life and he lived life to the fullest. He was known for not holding back and telling it like it was. Known and loved for his stubbornness and could be impatient at times, he did have the patience of a saint when it came to the cherished times he spent with Croix, his grandson. That little boy could erase any stress or worry he may have been dealing with. Tony will be greatly missed by many, but please keep in your mind and heart that he loved you all. Mission complete!

The family will be having a private memorial Mass.

In honor of Tony, the family would like to invite friends to gather on Saturday, June 13, at a memorial bench site that has been placed on the Iron Belle Trail located behind Coleman Engineering for a blessing with Father Binu at approximately 11:15 a.m., with a celebration of life to follow at the Cold Iron Brewery in Ironwood, from 11:30 a.m. to 4 p.m. You are asked to raise a glass, on him, in his honor. In the words of a wise man, "Let's have one more!"

In lieu of flowers, a memorial fund will be established with donations going to heart health education, Iron Belle Trail and/or Manitowish Waters Community Recreation. Contributions may be sent to P.O. Box 484, Ironwood, MI 49938.

As Tony passed from this earth, he probably said, "Here I am Lord. Are you ready for me? For those of you who have had the great pleasure of knowing him please keep in mind one of his famous quotes, "No worries." God bless!

Lakeside Memorial Chapel in Wakefield is assisting the family.