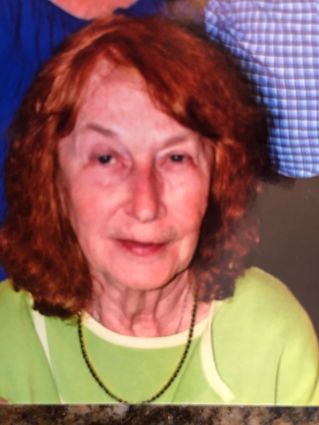 Ida May attended grade school at Puritan Location and St. Sebastian schools, in Bessemer, Michigan; and junior high at Notre Dame Convent in Milwaukee. She graduated from A.D. Johnston High School in Bessemer with the class of 1952.

She was in nursing at Lake Forest Hospital, Lake Forest Illinois. She met and married Sgt. Adolph O. George (deceased) of Chicago. He was a career service member of the U.S. Army. They were married 28 years.

She graduated from Mount Wachusett Community College, in Gardner in 1985 with a degree in social sciences. She was initiated in Phi Theta Kappa National Honor Fraternity on May 17, 1984, and elected to Who's Who Among Students in American Colleges 1984-1985, at age 50.

In 2002, she was awarded at the Boston State House for outstanding work as a counselor and skills instructor for people with developmental needs. She worked for People's Bridge Action of Athol, and RZR Inc., of Lowell. She had also worked for Medical Resources of Fitchburg, and Gardner Visiting Nursing Associate in home health care for senior citizens.

She was an avid flower gardener and gave tours of her garden for the Winchendon Garden Club of which she was a member. She was also a member of the VFW Post 2158, American Legion Post 193, Winchendon, Ashburnham and Petersham Granges and Golden Ages.

A Mass of Christian Burial was held on June 1, at Immaculate Heart of Mary Catholic Church, Winchendon. The Rev. Henry Ramirez was the celebrant. The funeral pall was placed on the casket by granddaughters. Pall bearers were grandsons, granddaughters and great-grandson.

Burial was held in Calvary Cemetery in Winchendon. Memorial donations may be made to American Legion Post 193, of Winchendon or the Winchendon Garden Club.