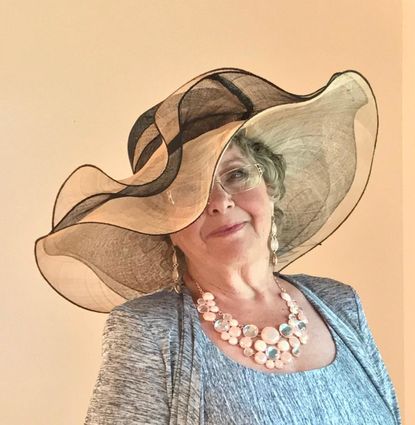 Charlene Prosek was born Feb. 7, 1941, in Ironwood, Michigan, to Audrey and Carl Prosek. She graduated from Hurley High School in 1958 and went on to get her master's degree from University of Wisconsin-Superior while working and raising her family with her husband of 59 years, Carl William "Bill" Newhouse.

Charlene spearheaded many fundraising activities in support of the Hurley school building project and athletics, she donated her time, baked goods and money. She supported the Hurley Education Association by maintaining the Paavo Nurmi mile-23 aid station for 20 years. Charlene was instrumental in the purchase of a special woodworking machine for the woodworking class in Hurley High School.

Charlene and Vickie Sargent coached girls varsity basketball. Charlene, as track coach, was successful in establishing a varsity track team, which was a big step in promoting girl-sports which led to greater interest and participation in track and other competitive sports for girls.

Charlene continued her Hurley pride by playing the xylophone with the alumni band during the annual Heritage Days parade in Hurley.

After retiring from teaching, Charlene returned to school and received her Financial Brokerage License. She went on to work for Fiorio Brothers in Ashland.

Charlene's sense of community involvement, coupled with her caring nature and her desire to help others, was noticeably illustrated by her volunteer work at Aspirus Ironwood Hospital (previously Grand View Hospital) in Ironwood. For more than 18 years Charlene freely gave her time each week to serve as a Pink Lady volunteer, performing a variety of tasks from delivering flowers to acting as a guide and providing help in many other ways. Regardless of the task, Charlene always represented the hospital in a friendly and compassionate manner to visitors and patients alike.

Since 2000, Charlene served on the board of the Gogebic Community College Foundation, presiding as president for the past 10 years. She also established "The Taste of Gogebic Range," one of the foundation's most popular events and which funds many scholarships.

As a member of the Alpha Delta Kappa Sorority, Charlene started and ran a program from 2006-2020 to purchase dictionaries for every sixth-grade student in Hurley Elementary. The purchase of dictionaries expanded to include all sixth-grade students in the counties of Iron, Gogebic, Ontonagon, and Mellen, amounting to 350 dictionaries per year. As an outreach program, dictionaries have also been sent to schools in Africa, which greatly appreciated this help.

Charlene was a long-term member of the Iron County Fair Board and continued to serve as the secretary-treasurer until her passing.

Charlene was the heart of the St. Paul Lutheran Church in Hurley. She was the driving force that arranged countless events within the congregation. Charlene would often host holiday dinners for congregation members, friends and family at her and Bill's home. She led a Christ-like life, which many can attest to. Charlene had an intensely positive impact and influence on friends, family and the community.

Charlene will always be remembered by her voice - no one would describe Charlene as timid or shy. She could often be found cheering loudly with her cowbell at Hurley football games on Friday nights, and still managed to have vocals for singing at church on Sunday.

Charlene cherished her flower garden; her seasonal bouquets could always be found on the church altars.

Charlene was also an amazingly talented cook, pulling together a meal out of whatever was in the fridge, any excuse to serve food! Feeding people was Charlene's love language; it can be argued that no one ever left her house hungry, they usually left 10 lbs. heavier.

Just as Charlene was the driving force of the church, she was also the matriarch and heart of her family. She was a true leader, and the center of every family gathering. Her hard work, determination and altruism shaped her family. Anyone who has come across Charlene's love is truly fortunate.

Charlene was proceeded in death by her parents Audrey and Carl Prosek; and her brother, Carly Prosek.

A private funeral service will be held for Charlene due to the current COVID pandemic, followed by an open celebration of life on Saturday, Aug. 8, at 3 p.m. at the Newhouse's cottage on Long Lake at 2292 County Road G, in Oma. In lieu of flowers, please send donations in Charlene's name to St. Paul's Lutheran Church, Gogebic Community College or the Hurley Education Foundation.