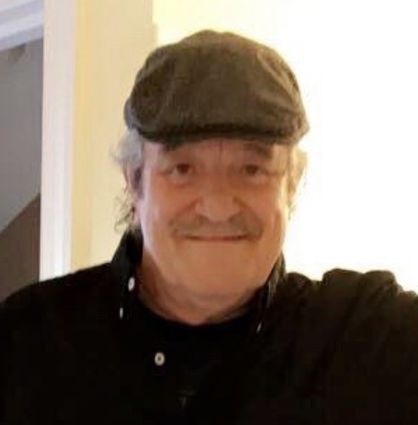 MARSHFIELD, Wis. - Edward Francis O'Meara, age 70, of Park Falls, passed away on Tuesday, Oct. 27, 2020, in Marshfield. He was a husband and father of four children.

He was born on April 10, 1950, in Hazelcrest, Illinois, to Helen and Edward "Bud" O'Meara. Ed lived in the Chicago area until his parents purchased a resort on the Turtle Flambeau Flowage in Mercer, Wisconsin, at the age of 7. He graduated from Mercer High School in 1968.

Ed studied physics at the University of Wisconsin-Stevens Point for two years, until he decided to pursue a more rich career as a rock-and-roll musician and advocate in the midst of the counterculture movement. Edward was a founding member of "Koke," "Lewd Noogie," and several other prominent rock bands throughout the country. "Fast Eddie" performed for 28 years before settling down in Fifield and taking over the Homestead Bar and Motel.

It was in Fifield where he met his soulmate of 21 years. After marrying Amy on the inter-coastal waters of Singer Island, Florida, he decided to pursue a new career as a state-certfied tax assessor for the state of Wisconsin until his most recent retirement. Ed lived life to the fullest. He loved traveling, experiencing new cultures and especially writing songs, which he most recently had the opportunity to perform with his lifelong friends Frank Schubert (San Francisco) and Edward Kobesko (Lake Geneva, Wisconsin).

Ed has asked that a celebration of his life and accomplishments be held to coincide with the Pat 'O' Jambo Festival in summer 2021. A date will be announced.