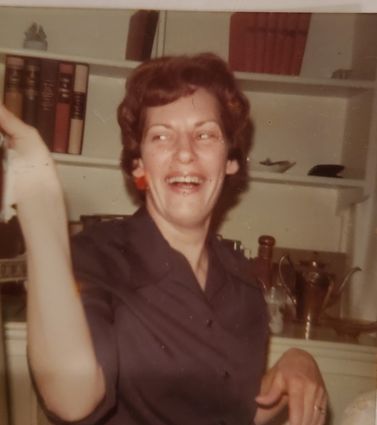 WATERSMEET, Mich. – Mary Jean (Burgh) Sorensen, 83, of Watersmeet, passed away on Nov. 17, 2020. She was the loving caretaker of her husband Sam up until his passing, a mere 26 days prior. Although her cause of death will be noted as complications due to Congestive Heart Failure and COPD, we believe she died of a broken heart and longed to be with the love of her life.

She was born on Jan. 11, 1937, in Ann Arbor, daughter of Elmer and Ruth Burgh and graduated from Ann Arbor's Pioneer High School in 1955. She sat next to a handsome young college student named Sam Sorensen at a University of Michigan football game and sparks flew. She and Sam were united in marriage on March 16, 1957. They lived in Wausau, Wisconsin, for three years where Mary worked as a receptionist in a psychiatrist's office until they returned to Sam's home town of Watersmeet to live.

Mary enjoyed the role of homemaker and mom until her children were old enough to attend school. She then worked as a teller and account manager for Headwaters State Bank of Land O'Lakes, and the Watersmeet and Bruce Crossing banks until her retirement. She also served as a member of the Watersmeet School Board and was a den mother for the local Boy Scout Troop in Watersmeet. Mary was an avid Wolverines fan, and loved to banter with friends and family about the various college rivalries in sports.

Mary is survived by a son, Craig (Micki), and their children, CJ and Kyle Sorensen, of Marenisco; and a daughter, Amy (Rich) Barriger, and her children, Jacob, Sam and Megan Anys, of Watersmeet. She is also survived by her sisters-in-law, Galina Burgh, Faye Groitzsch, Clara Martin, Eva (John) Vencato, Joan Jacobs, and a brother-in-law, Allan (Deedee) Sorensen. She was preceded in death by her husband Sam, parents Elmer and Ruth Burgh, and brother Dick Burgh.

The family is honoring Mary's wishes to be cremated and no public service.