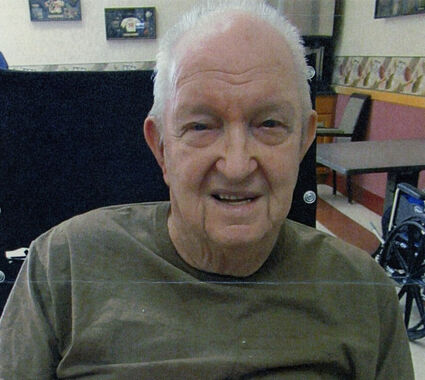 WAKEFIELD, Mich. - Daniel Matthew "Beano" Niemi passed away Dec. 24, 2020, at the Gogebic Medical Care Facility in Wakefield due to complications from COVID-19.

"Beano" was born May 21, 1937, in Wakefield, the son of Axel and Jennie Niemi. He graduated from Bergland High School where he was an outstanding athlete. He served two years in the U.S. Army from 1960 to 1962.

"Beano" worked at White Pine Copper in the smelter as well as doing woods work. He is survived by brothers, David (LaVonne) Niemi of Bergland, and Leonard (Gloria) Johnson of Merriweather; nieces and nephews, David (Jacquie) and son Hunter Niemi of Ironwood, Pamela (Jason) and daughter Samantha Partin of South Lyon, Deborah Niemi of International Falls, Minnesota, Shane (Abby) and sons Trey and Ty Johnson of Davison, and Jennifer (Erik) and children Maddie and Rowan Bonifas of Madison, Wisconsin; as well as an extended family from his wife's first marriage.

He enjoyed gardening and managing his wood pile. His favorite story was that when he picked berries from the garden the very young neighbor grandchildren would come over and ask for "Beanoberries."

The family would like to thank the staff, nurses and caretakers at Gogebic Medical Care Facility along with Dr. Rocco for his care during the past two years.

Due to the COVID-19 restrictions there will be no funeral gathering at this time. A celebration of life will be held in the spring A spring burial will take place in the Lakeview Cemetery in Bergland.

The Cane Funeral Home of Ontonagon is assisting the family with arrangements.