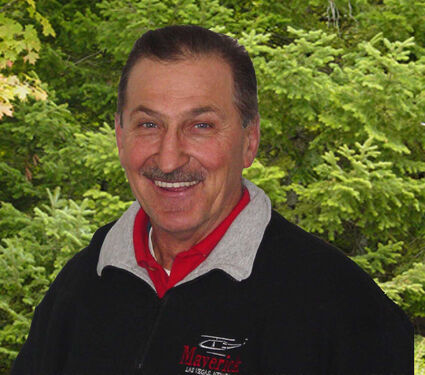 Joe was born on March 28, 1945, in Wakefield, a son of Mary Ann (Grivicich) and Steve Miskovich Sr. He attended Wakefield High School and graduated in 1964. Joe proudly served his country in the U.S. Army for two years. He spent one year in Vietnam in the Cam Ranh Bay area and then one year stateside in California as a color guard.

Joe enjoyed growing his garden, baking his famous pasties and giving them to neighbors. He liked working in his shop that he built in 1985 on any project that presented itself to him. He had a talent for fixing whatever was brought to him and always seemed to have a better way of doing it. His pride and joy were his 1951 Ford 8N and 1962 John Deere Model 2010 tractors. Both tractors started out as a bunch of rusted out loose parts, and through his tireless efforts, cost and ingenuity, he rebuilt those tractors to be like new. Fixing and rebuilding things was his hobby, and he loved it.

Joe loved spending time at the local coffee shop, where he was engaged in telling jokes, stories and even a prank or two to keep everyone laughing. His smile and laughter will be greatly missed.

He was preceded in death by his parents; his wife, Sharon, on Jan. 18, 2000; three brothers, Robert, George and Steve Miskovich; and three sisters, Clara Johnson, Anna Mae Richards and Margie Jurasin.

Due to COVID-19, a celebration of Joe's life will take place in the summer.

A Mass of Christian Burial will be celebrated at the Immaculate Conception Catholic Church in Wakefield.

Rite of Committal and interment will take place at Lakeside Cemetery in Wakefield, where full military rites will be accorded.

Funeral arrangements have been entrusted to Jerald Rocco of the Lakeside Memorial Chapel Inc., in Wakefield.