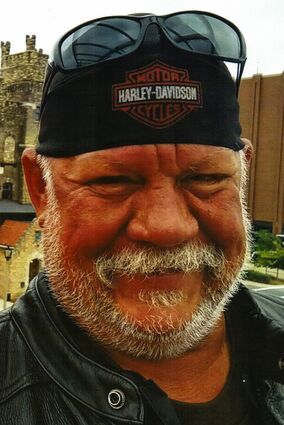 Jeffery David was born July 9, 1961, in Milwaukee, a son of David and Frances Walli. He loved celebrating his birthday and was so looking forward to celebrating his 60th birthday in July. Jeff attended Menomonee Falls East High School and along with his cousin, Wendy, graduated in 1979.

Jeff loved to reminisce about their family's adventures while he was growing up.

He often spoke about how extraordinarily lucky he was to be blessed with Dave and Fran as his parents. No matter how busy their lives, along with his little brother, Dan, every summer they traveled somewhere. In the early years, they camped in a tent. It was during those adventures he learned the importance of contributing. Everyone in the family had their assigned chores when they arrived at the campground for the night. When the time was right for them, mom and dad traded their tent in for a pickup camper. Jeff loved that pickup camper, complete with an intercom, so the boys could talk to mom and dad while riding down the highway. He also loved spending time "Up North," hanging out with Uncle Johnny on the Koski family farm in Anvil, Michigan, or just watching the flicker of the flames of a campfire.

In the late 80s, Jeff moved his young family "Up North" to work with his Uncle Johnny in his logging business. Jeff was dad to three sons. It was a role he was so proud of. Many of the twists and turns his life took were in effort to give Jason Robert, Jonathan Jeffrey and Justin Tyler a good life. He loved being a dad and did his best to provide his boys with a lifetime of memories.

Self described as a teenager trapped in a grown man's body, Jeff loved all things adventurous. Many four-wheelers, snowmobiles and dirt bikes were ridden by the Walli boys. Favorite riding spots were the family property in Mercer, the Popple River cabin or anywhere else they could find the time and place to ride.

Jeff was so proud of the man, Jason, had grown up to be. He is so hard working and independent. Jon and his dad rode through every season on wheels and sleds. Jeff's love for Justin resonated with the admiration a father feels for watching his son manage adversity, rise above and move ahead.

On May 19, 2019, with the birth of the next generation of Walli boys, Jeff's first grandson, Braylon Carter Walli, was born. Even though Bray has lived more than half of his life in a pandemic, he gave his grandpa so much joy. Grandpa was so looking forward to getting to know Bray. Now, with the help of his Mom Chelsea, Grandpa Jeff will become a legend for Bray through the memories shared with him by those left behind.

Through his life, Jeff wore many hats other than dad. As a teenager, he and Dan worked at dad's auto body shop. Once again, a chance for mom and dad to teach him the importance of hard work and responsibility. He worked construction for a while, even moving his family to Albuquerque, New Mexico, for a short time. He worked with Uncle John logging, drove truck, worked as an insurance appraiser for Heritage Insurance, Acuity Insurance and TEC appraisers. He even managed a sport memorabilia store!

After moving back "Up North" in 2013, Jeff researched the job market possibilities and made the decision to become a certified nursing assistant. He enrolled at Gogebic Community College, studied hard and passed his boards with flying colors. It was hard work, but he was more than up to the challenge. Caring for the residents at Villa Maria Health and Rehabilitation Center in Hurley was not where he expected life to take him, but he understood what an honorable job it was.

Jeff enjoyed everything life offered. He would often say: "I want to live forever."

The great passion in life was riding his Harley-Davidson motorcycle. Riding was when he was the happiest. He would spend the long cold months of winter planning routes, researching hotels and restaurants and finding interesting destinations to visit. He was a lifetime member of Harley Owners Group, having ridden 200,000 miles and rapidly approaching 250,000. He was a member of numerous HOG chapters. He was especially active in the Milwaukee Northwest Chapter in the early days where he made many lifelong friends. At the time of his death, he was an active member and safety officer in the Northern Lights chapter in Arbor Vitae. He loved going to state rallies and then Great Lakes area rallies. Sturgis was a favorite destination, but it really didn't matter where the road took him as long as it was his Harley that took him there. Jeff was also a longtime member of ABATE of Wisconsin, a motorcycle rights and safety organization dedicated to "Freedom of the Road."

It was a long, winding and sometimes broken road that led Jeff to move back "Up North" again for the last time in 2013. Just over 21 years from the day they went on their first date to Black River Harbor in 1992, on Sept. 21, 2013, he married Roberta Brunell. She might not have been his first love, but she was his last and he always told her she was the love of his life. They made a home together in Hurley. Even though their life together was cut short, they filled the years with a lifetime of memories. The summer of 2019, after Roberta was lucky enough to retire, they rode 14,000 miles on the Harley he loved. It was the best summer ever! He was so looking forward to life resuming after COVID and riding together again.

A memorial service and celebration of Jeff's life will be held at a later date.

He's up in Heaven now

He took his final ride

He's with the angels now

Flying by his side

Beyond where we can see

He took that final journey