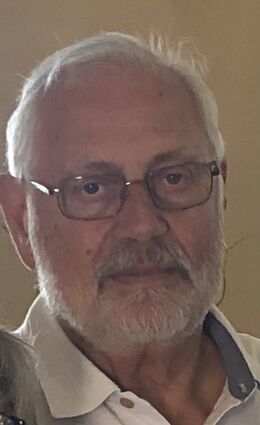 Rudy left behind his loving wife, two children and their spouses, four grandchildren and spouses, two great-grandsons (with another on the way), three siblings, extended family and dear friends. Rudy is preceded in death by his parents and grandparents.

On May 27, 1961, he was united in marriage to his high school sweetheart, Ruth (Ruthie) Spets, in Ironwood, Michigan. Leaving Ironwood, they traveled to California to start married life. After 10 years, they relocated to a small town in Oregon, enjoying the outdoors, hunting and fishing, and raising their children on a farm.

Rudy worked in the lumber industry in Oregon for many years, and later followed his son's footsteps into the insurance business. A proud accomplishment for Rudy was the culmination and success of starting a pasty shop. Pasties were not familiar to the West, and through their diligent work, his and Ruthie's business was a success. After retirement, they moved to southwest Oregon and became "snow birds," enjoying the summers in Oregon and winters in Arizona.

Rudy was highly thought of by all who knew him. He was a "master of all trades" and could repair anything. He spoke often of the fun times hunting and fishing with the family and telling stories around the campfire. He was an excellent cook, preparing turkey with his special bread stuffing for family holiday dinners and teaching Ruthie how to make ethnic Croatian recipes.

Rudy loved his family dearly and will be missed tremendously.

Always in our hearts and memories. Rest in peace.