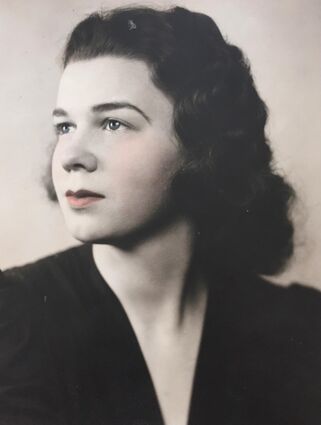 She was born on Jan. 20, 1921, in Wakefield, Michigan, the daughter of Emil and Susan (Strough) Nelson. She attended the Wakefield Schools, graduating with the class of 1939.

Irene married Thomas R. Tregembo on Oct. 1, 1941, in Iron River, Michigan. The couple lived in Hibbing, Minnesota, and moved to Sun City, Arizona, after retiring. They celebrated their 59th wedding anniversary in 2000.

Irene was a lifelong Methodist. She was active in church-related functions most of her life. Irene was a devoted follower of the Rev. Billy Graham. Irene and her husband won the International Bonspiel Curling Championship, couples, in the early 1960s.

She was preceded in death by her son, Guy; parents; brothers, Butch, Dick and Bob; sisters, Margaret and Nan; sister-in law, Gwenyth; and brother-in-law, James.

Internment will be in Stambaugh Cemetery in Iron River in the spring.

Condolences may be expressed to the family of Irene K. Tregembo online at jacobsfuneralhomeir.com.