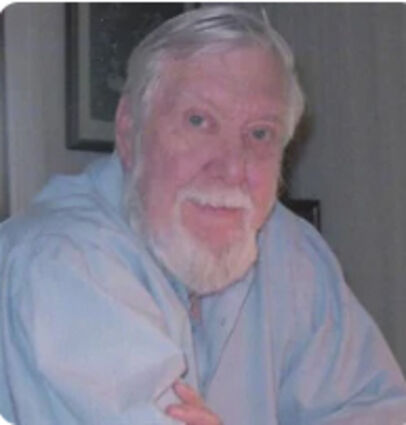 Don and his partner, Helga Teiwes, good friend of 27 years, traveled together to many locations in the Americas and Europe - both loving nature, arts and culture.

Born in rural Chicago in 1932, Don was raised in rural Chicago and later in Ironwood where he attended Luther L. Wright High School, Gogebic Community College, then studied at Lane Technical Institute in Chicago. He had interest in wide band radio and electronics in all forms at an early age, building his own equipment.

Don and his two brothers spent the 1951 Christmas/New Year holiday listening day and night, along with the entire world, to shortwave broadcasts from Captain Kurt Carlsen as the damaged American freighter "Flying Enterprise" slowly sank over a two-week period in stormy North Atlantic seas. The Kucera boys were listening on a shortwave receiver Don had built.

Enterprise passengers and crew had abandoned the ship early on as other ships stood by. A tug sent from England attempted to bring the Enterprise to port with Carlsen aboard sending messages from the ship's only dry location, the radio room, during the vessel's last hours miles from land. He received a large hero's welcome ashore.

While living in Ironwood, Don worked freelance for local electronics repair firms, solving their head-scratching problems. He worked for Bendix Electric, and Northrop Aviation, including the Snark Missile Project. Don retired following a long career coating lens/mirrors for a variety of telescopes in the optical department of the National Optical Astronomy Observatory, for Kitt Peak National Observatory in Tucson. One of the many tasks at NOAO was working on the Voyager program. Voyager 1 is currently in the constellation of Ophiuchus.

Don participated in many organizations over the years. He received numerous recognitions for his involvement and accomplishments, working with the Arizona Archaeological and Historical Society, an affiliate of the Arizona State Museum, University of Arizona; the Audubon Society; Sierra Club; Arizona State Parks; a VIP with the National Parks Service; the Amerind Foundation; Arizona Native Plants Society; the Arizona-Sonora Desert Museum; Tucson Presidio Trust for Historic Preservation, involved with the La Gente del Presidio (Spanish Colonial Living History Program at the Tucson Art Museum and Historic Block); a member of the Governor's Archaeological Advisory Commission; The Nature Conservatory; Mearns Wildlife Society; CEDO; and he worked extensively with the Juan Bautista de Anza Trail and Anza Expedition. In the 1970s he authored a column in the Tucson Daily Citizen-Perspective.

Don requested not to have a funeral or memorial service. A commencement gathering will be held at a future date, for family, friends and colleagues. Those who would like to attend please contact, Debbie Kucera-Scott at [email protected] or Heidi Bohlin at [email protected]