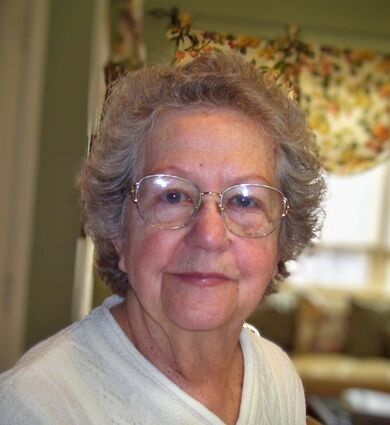 MERCER, Wis. - Margaret B. Botes passed away peacefully, after a short illness, on July 25, 2022, at the Marshfield Medical Center in Minocqua. Her four children, and many grandchildren, were able to be with her in the hours before she died. She also received numerous phone calls from friends and family across the country. Her hospital room was filled with music, stories and laughter in the hours before she moved on.

Born and raised on the southside of Chicago during the Great Depression, Marge came from a large family and with working class parents. The family lived in tight quarters in a community full of immigrants. Times could be tough, but they generated many fond memories shared with the generations that followed. And although Marge's siblings would eventually have their own families and spread across the country, they remained close, and Marge's children enjoyed many vacations, activities and reunions with their cousins.

Family happiness was a priority for Marge throughout her lifetime, and she excelled at making it happen. When her own children were young, a birthday never went by without her preparing a cake and organizing a family gathering. When her own mother became too old to host family gatherings, Marge took over and numerous Christmas Eves and other holidays would be shared by extended family and friends in her home. Marge set a great example for her children and grandchildren, and they are all determined to emulate her love for and service to family.

When she was 20 years old, Marge married Steve Botes shortly after he was discharged from the U.S. Navy in 1949. They would celebrate 60 years of marriage before he passed away in 2010. After they were married, Marge and Steve lived for a short period of time in Champaign, Illinois, while Steve completed his education as an architect at the University of Illinois. They then purchased a home in LaGrange, Illinois, where they raised their four children. Marge was a stay-at-home Mom, and her priority was always about taking care of her family. She insisted that the family eat meals together as often as possible, and many wonderful discussions took place around the round white table in the home's kitchen. Meals were always about being together and enjoying one another's company. Marge and Steve very much enjoyed their time together. They bowled, taught and participated in SCUBA diving, and traveled throughout the country and world. They loved the city of Chicago and enjoyed showing it off to friends and family who visited from out of town.

In 2001, Steve retired, and he and Marge moved to the Northwoods of Wisconsin where they had vacationed with family over the years. Steve designed a home that they built on Little Martha Lake in Mercer, where their oldest son, Steve Jr. had established his home. They enjoyed their time in Mercer and took special joy in being around while their youngest grandchildren, Billie and Zoe, grew up. After Steve passed away, Marge was determined to stay in the house that her husband had designed and that they had built together. She was blessed to have her youngest daughter, Marlena, move in with her and help care for her in her final years. The entire family is indebted to Marlena for her love and devotion in taking care of Marge during this time.

Marge is now gone and back together with Steve, but she will never be forgotten by her family who will strive to honor her memory by loving and caring for one another. She will always serve as an example of how to show love for one another - even when it is hard to do so.